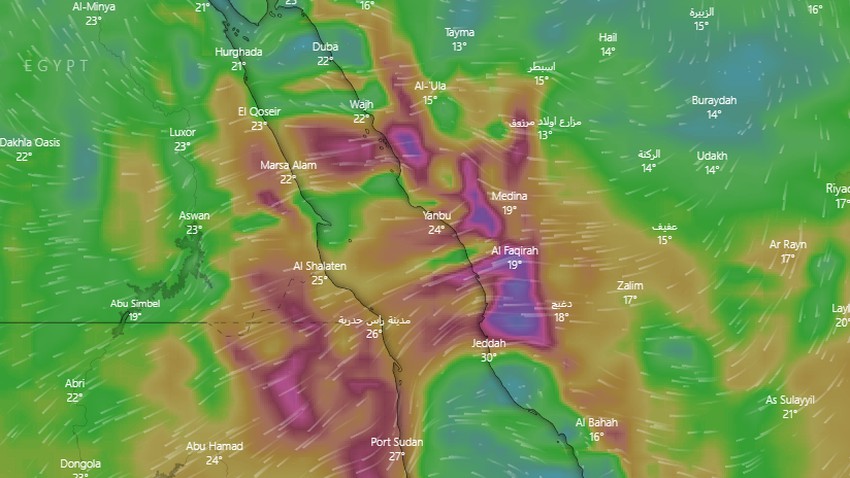 Weather of Arabia - Sinan Khalaf - The influence of the active eastern winds, known as the Saba winds, is expected to increase in the north of Makkah Al-Mukarramah region and parts of Al-Madinah Al-Munawwarah region, at dawn and morning on Monday and Tuesday, which may stir up dust and dust and decrease the horizontal visibility. 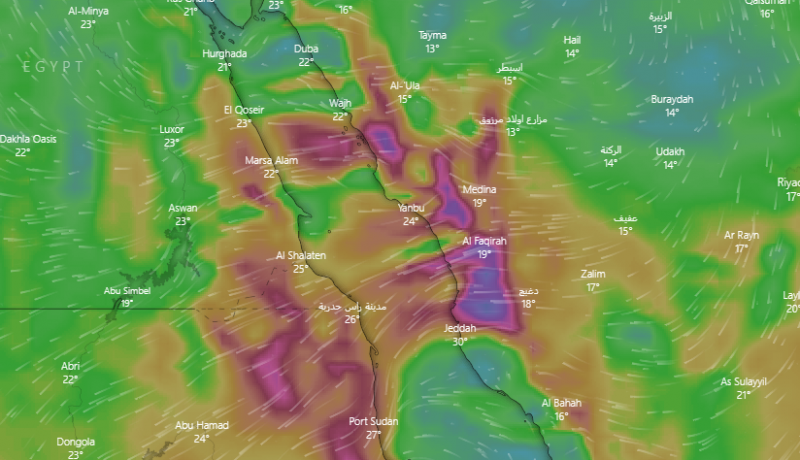 This atmosphere requires patients with respiratory system and eyes to follow the necessary preventive measures to deal with such weather conditions to avoid complications, God forbid, due to the high concentration of dust in the airspace, and drivers also require caution and attention during driving due to the expected decrease in the range of horizontal vision.

Update 6:20 PM: Large parts of the western sector of the Kingdom are under rainy thunder clouds