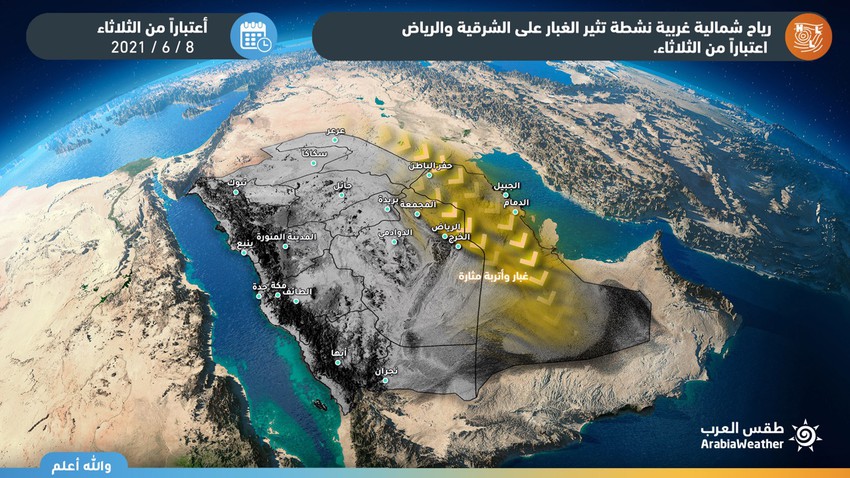 Arab weather - Sinan Khalaf - The influence of the northwest winds, known locally as the Al-Bawareh winds, is expected to increase, increasing the concentration of dust in the atmosphere at varying rates.

Areas covered by dust forecast as of Tuesday

It is expected that northwestern winds will blow over Kuwait from Iraqi territory, affecting the entire interior of the eastern region, such as Al-Ahsa and Hofuf, in addition to Hafr Al-Batin and parts of the Riyadh region and parts of the Empty Quarter with varying severity, working to significantly decrease the horizontal visibility at times, which may affect the Movement of vehicles on external roads.