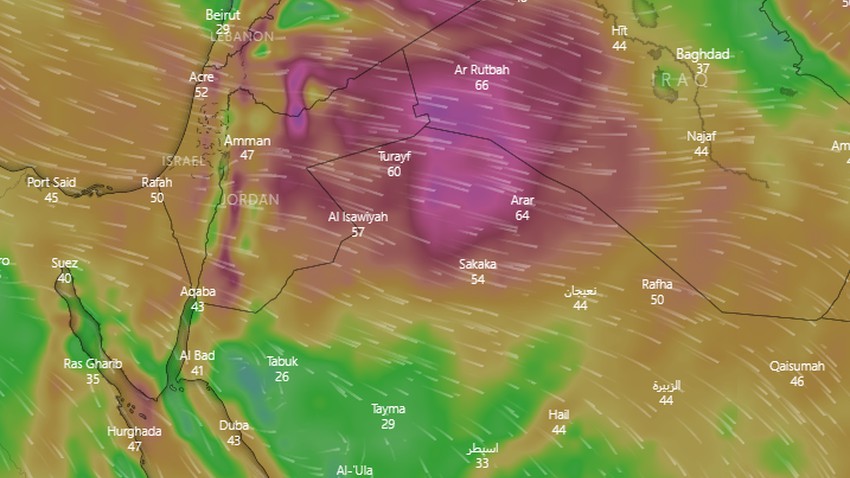 Arab weather - Sinan Khalaf - The latest output of the computer simulation systems for wind movement still indicates the possibility that parts of the Kingdom will be affected on Wednesday and Thursday by active to strong winds, which are expected to raise dust and dust and possibly the emergence of dust waves in some areas.

In the details, it is expected that the Levant region and the far north of the Kingdom of Saudi Arabia will be affected by a very cold air depression on Wednesday and Thursday. This depression will push, after God’s will, active winds towards large areas of the center, north and west of the Kingdom, working to raise dust and dust in some areas. It includes parts of Tabuk, Madinah, and parts of the Riyadh region, all the way to Hafr Al-Batin. 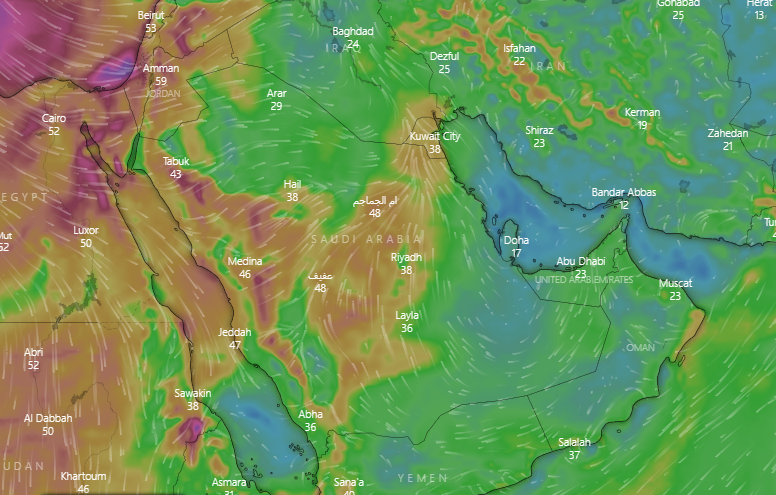 Strong winds in the north of the Kingdom on Thursday

As for Thursday, it is expected that the impact of the depression will deepen over the Levant region, which will push, after God’s will, strong speed winds towards the north and north-east of the Kingdom, some of whose gusts reach a speed of 80 km/hour , and these winds are considered capable of forming dust waves accompanied by a significant decrease in Horizontal visibility. 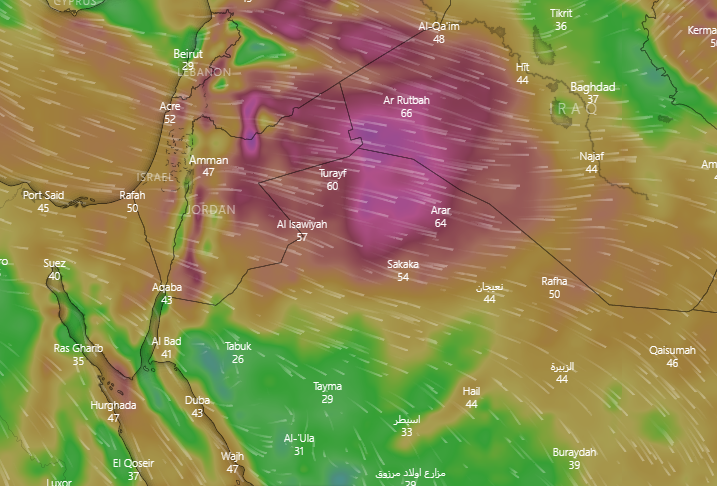 As for the areas covered by the forecast of strong winds and dust for Thursday, they are Al-Jawf and the northern borders, and we are monitoring the possibility of the weather extending the dust transmitted towards Qaisumah and Hafr Al-Batin, and Arab Weather will issue the necessary reports and weather updates about the expected situation during the coming days.

Intense danger of winds of Taqi, whose gusts may reach the 80 km/h barrier

Risk of additives in respiratory and eye patients due to dust