Weather of Arabia - The southwestern and western parts of the Kingdom will continue to be affected on Thursday by unstable weather conditions and thunderstorms of a summery nature, working on rain, God willing.

In the details, air currents continue to rush from the Arabian Sea and have humid characteristics, where thunderclouds multiply over parts of the southwestern regions represented by parts of the highlands of Jazan and southern Asir, including the city of Abha, and showers of varying intensity, actively accompanied by the speed of downward winds sometimes, It is not ruled out with the afternoon and evening hours the expansion of the cumulus clouds to include parts of the highlands east of Makkah Al-Mukarramah, Taif and Al-Madinah Al-Munawwarah. 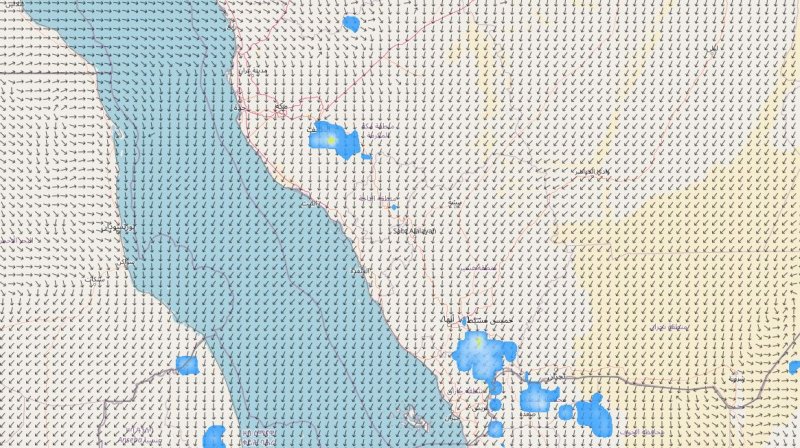 And since the wet currents come from the Arabian Sea, they will saturate the high and middle layers of the atmosphere with moisture, and therefore thunder clouds will be heavy in some areas and accompanied by rain showers of hail, so the Arab weather alerts the formation of torrents and the flow of valleys in some areas.