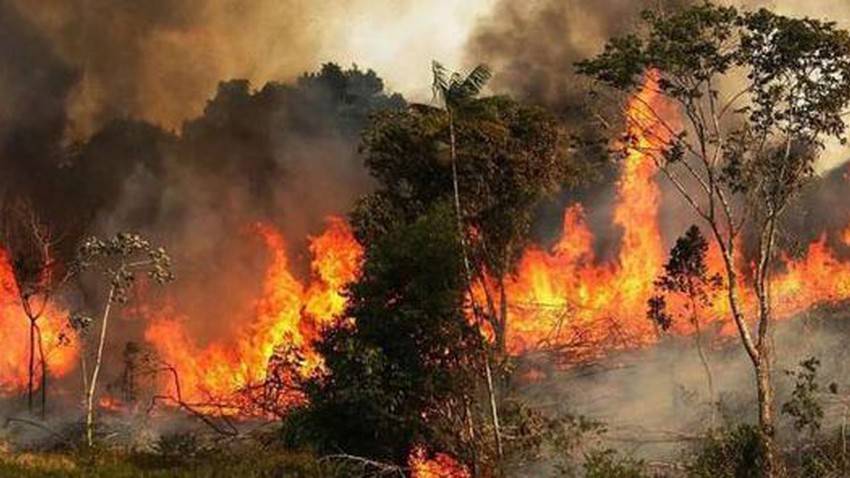 Weather of Arabia - A sad scene of thousands of trees that were charred by the fires that broke out in the Asir Governorate in southern Saudi Arabia, which began last Wednesday in Prince Sultan Park in the Sha`af Center affiliated to the city of Abha, and increased in area as a result of the erratic winds.

The extinguishing teams have continued their work since the outbreak of the fires, as the Prince Sultan Park fire was brought under control after several hours, while two fires were put out in Al-Soudah Center and Tanomah Governorate, which are crowded with trees and rugged sites.

Yesterday, Saturday (June 26), the Emirate of Asir region confirmed that civil defense personnel were able to control the fire that broke out in Al-Jarrah Park, located in the "Tannia" center, while no human injury was recorded as a result of the fires.

In an interaction with the fire, the pioneers of social networking sites in Saudi Arabia launched the hashtag (# Barda_and Salam_Yasir), and it became among the most popular hashtags in the country.

And earlier this June, a fire broke out in Prince Sultan Park in the Shaaf Center in the city of Abha, in the south of the Kingdom.