Saudi Arabia - chronologically | Thunder rain and dust waves in large areas, and snow is renewed on the heights of Tabuk 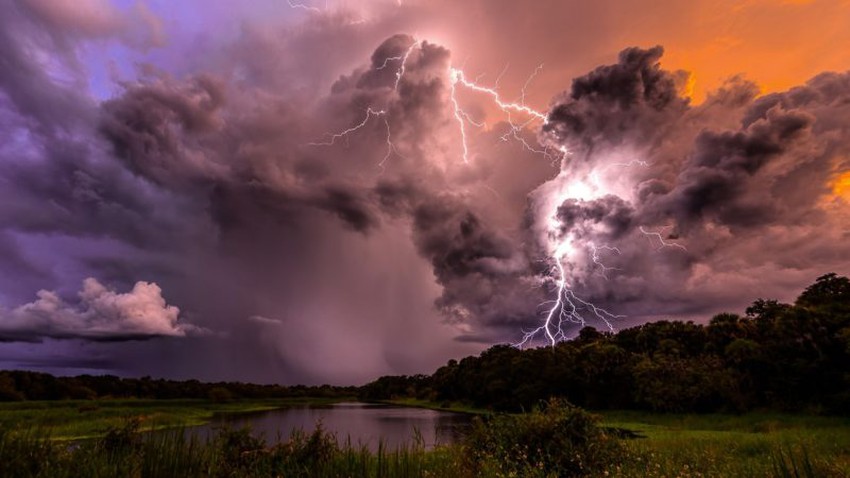 Arab weather - Sinan Khalaf - drastic changes to the weather systems that will be reflected in the Kingdom of Saudi Arabia with thunderstorms, broad dust waves, and low temperatures accompanied by snowfall on the high altitudes of Tabuk. These are the most prominent features of the weather situation early next week, specifically from Saturday until Monday, according to the following chronological order:

First: Dust waves start gradually from Friday, intensify on Saturday, and reach their peak on Sunday

In the details, it is expected that wind activity will start gradually as of Friday, coinciding with the approach of the cold air mass towards the north, which will push south to southwesterly winds, from the western parts of the Riyadh region towards Qassim and the northern border region, which means that these areas will be subject to waves Dust and transported dust of medium to light intensity. 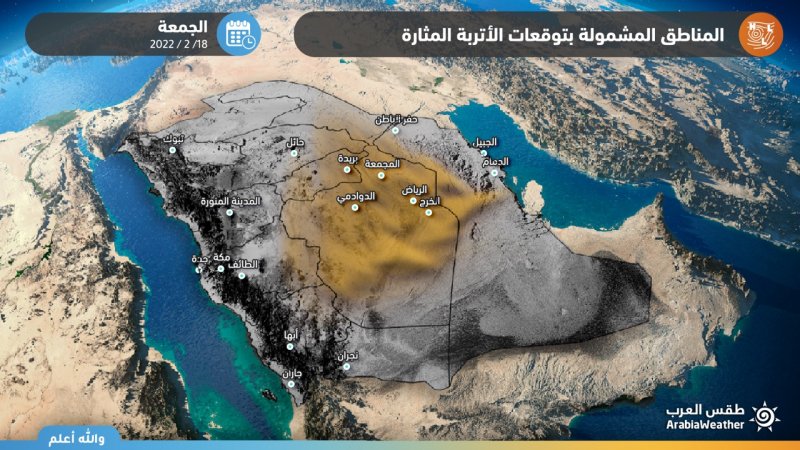 As for Saturday, as the cold mass deepens further to the north, south to southwesterly winds will blow over all central and western parts of the Kingdom, and include all of the eastern regions of Makkah, Madinah and Munawwarah, in addition to Hail, Qassim, and the entire Riyadh region. Horizontal vision. 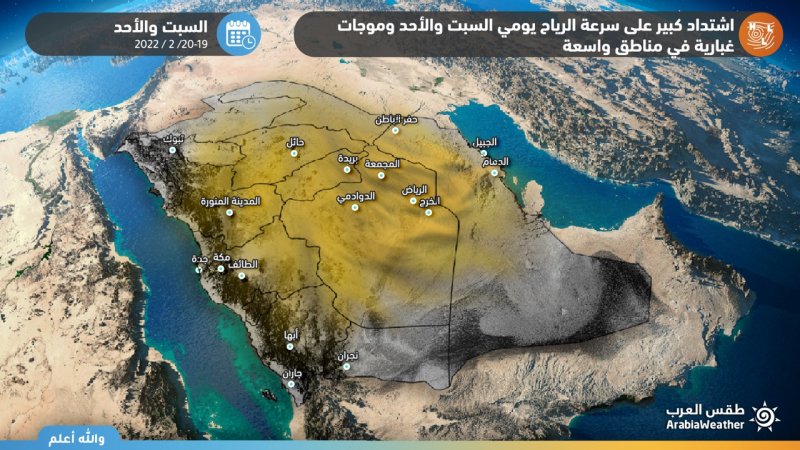 As we enter the daylight hours on Sunday, the wind speed intensifies remarkably throughout the northern sector of the Kingdom, and active north to northwest winds blow with strong gusts, including Tabuk, Al-Jawf, the northern borders, Hail and Qassim, in addition to the Riyadh region, some of its gifts reach the limits of 80 km/h, it works to form strong dust waves sometimes, accompanied by a significant decrease in the horizontal visibility.

Second: Rain of varying intensity in large areas and opportunities for snow on the heights of Tabuk

And it is expected, God willing, that chances of rain will begin with the late day hours of Saturday on the Tabuk region and some heights in the west of the Kingdom, such as Makkah, Taif and limited parts of Hail and Al-Qassim, extending in the late night hours to include parts of Al-Jawf and the northern borders, as rainy clouds leave from the west of the Kingdom Inward to affect the far northwest of the Riyadh region, and it is expected that the airport will be in these areas between medium and light, and it is not excluded that it will be heavy in limited geographical ranges.

As for Sunday, especially in the morning hours, the previously mentioned areas remain under the influence of unstable weather conditions and chances of rain, and extend to include random parts in the southwest of the Kingdom and its coasts with varying severity, in addition to the Hafr Al-Batin region, which may be exposed to some weak clouds accompanied by some local rains, we ask God The Almighty, may it be rains of goodness and blessing, and that its benefit be spread to the people and the country.

As for the snow, the chances of snow falling on the heights of Tabuk region gradually begin, God willing, from midnight Saturday/Sunday, and the snow becomes more regular and dense with the dawn and Sunday morning hours, with the possibility of accumulating on the towering peaks of the Tabuk region’s heights.

Important recommendations and alerts during the period of the impact of weather fluctuations on the region: