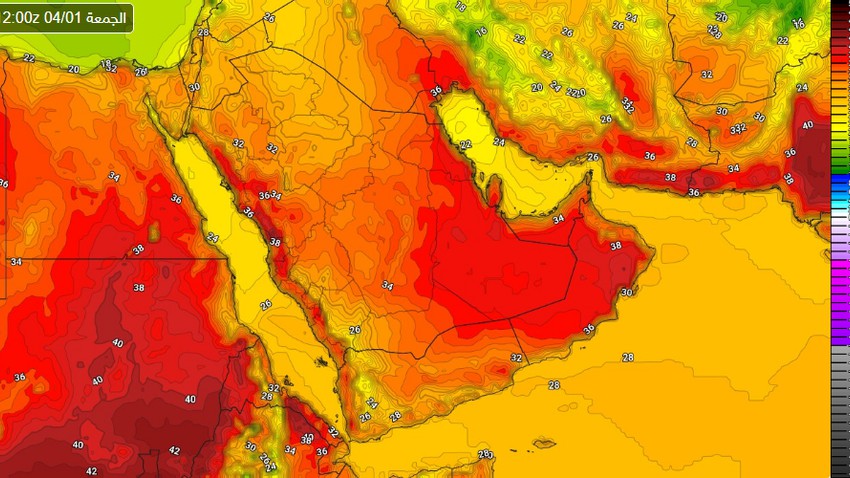 Arab weather - Sinan Khalaf - It is expected that large parts of the Kingdom of Saudi Arabia, especially the eastern and central parts of it, will be affected by a remarkable and significant rise in temperatures on Friday and Saturday.

The rise in temperature includes Riyadh

Temperatures close to 40 in Al-Ahsa and 35 in Riyadh 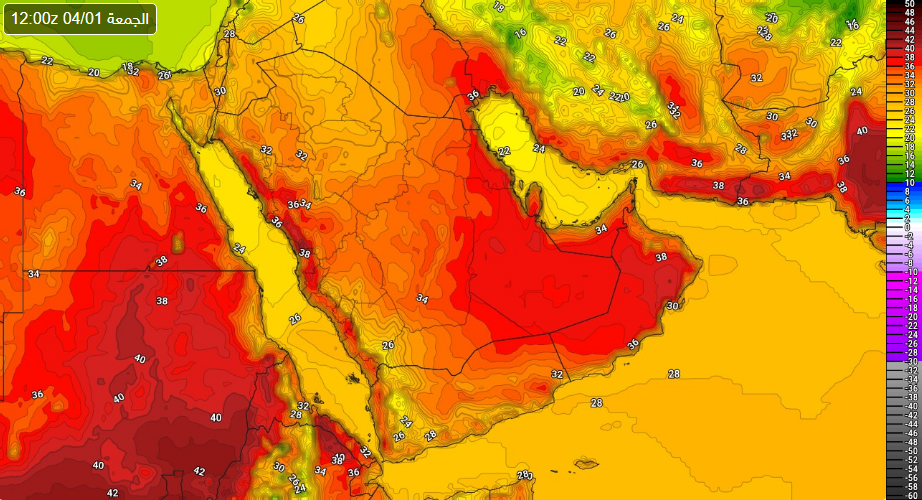 Medium-term weather forecasts indicate that the central and eastern regions of the Kingdom will continue to be affected by additional increases in temperatures during the first week of the blessed month of Ramadan, and God knows best.