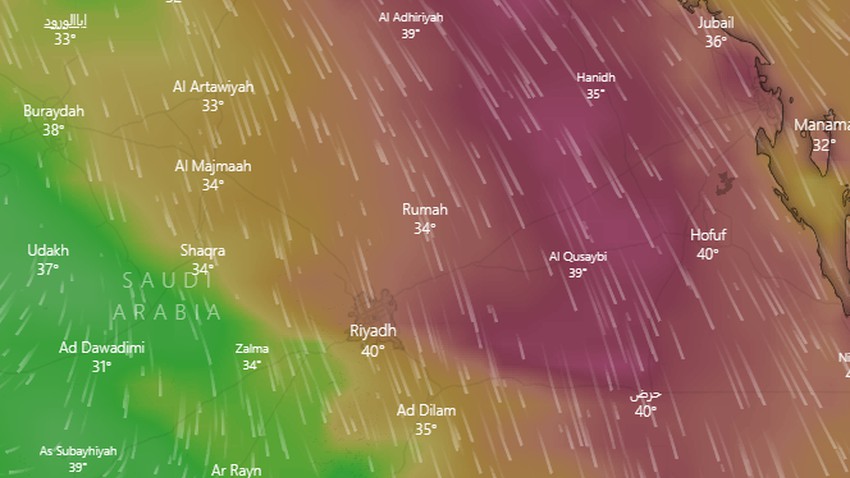 Arab Weather - Sinan Khalaf - The latest weather forecast issued by the forecast staff in Arab weather indicates the return of the influence of northwest winds on the city of Riyadh on Thursday and Friday, and it will raise dust and dust locally without large dust waves within the city as it was at the beginning of this week .

Raise dirt and dust at intervals

According to the outputs of computer simulation systems for forecasts of wind and dust movement in Arab weather, the city of Riyadh will be on Thursday and Friday on the outskirts of the northwest wind activity area, which is concentrated on the eastern parts of the Kingdom, which means that the city of Riyadh will be exposed to active winds that raise dust and dust locally. 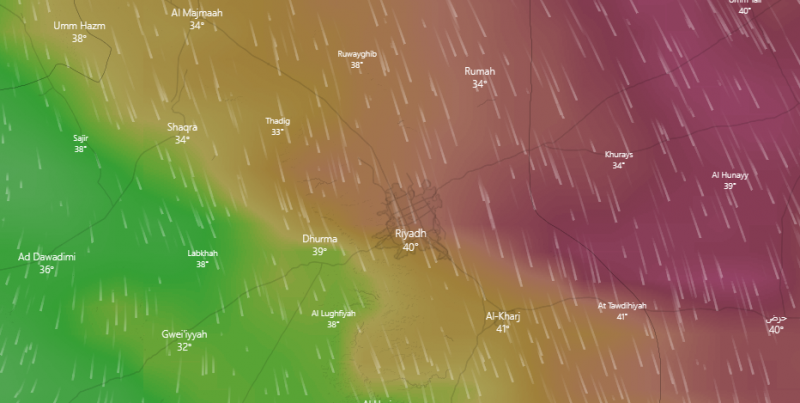 The hot weather will continue over the next few days

Regarding the expected temperatures in Riyadh on Wednesday, it is expected that it will be in the early forties, and expectations indicate that it will continue in this way until the end of the week, and God knows best.