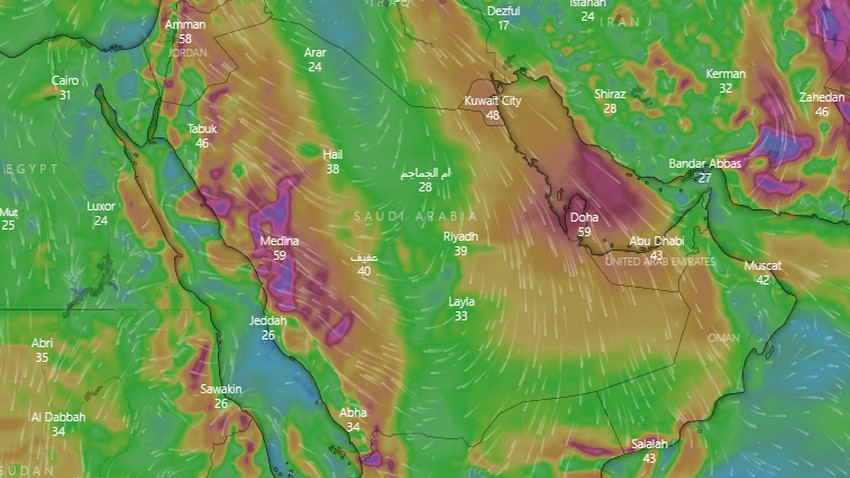 Arab Weather - The weather forecast staff at the "Arab Regional Weather Center" warned that many regions of the Kingdom were affected on Tuesday with remarkable activity on the movement of surface winds that raise dust and dust.

Areas covered by wind activity and dust forecast for Tuesday:

First: The western and northern sectors of the Kingdom

Expectations indicate that the western sector of the Kingdom will be affected again on Tuesday by the active southeast winds that raise dust and dust, and include the Makkah Al-Mukarramah region, Madinah Al-Munawwarah and parts of the Tabuk region, working to raise dust and dust locally and reduce the horizontal visibility. 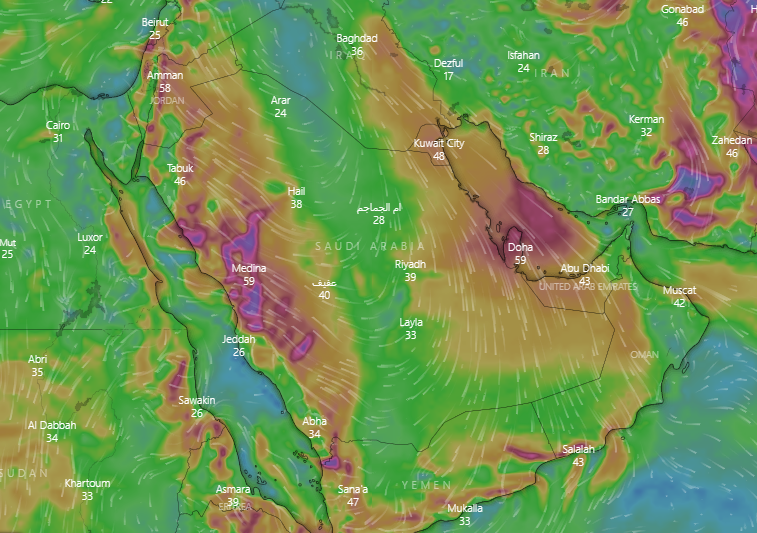 Second: the eastern parts of the Kingdom

The eastern parts of the Kingdom are also affected by active northwesterly winds that disturb the sea and raise dust and dust in the interior parts, especially in Al-Ahsa, accompanied by a decrease in the range of horizontal visibility.