Saudi Arabia | Due to the high temperatures, Al-Kharj will advance the school's morning hours 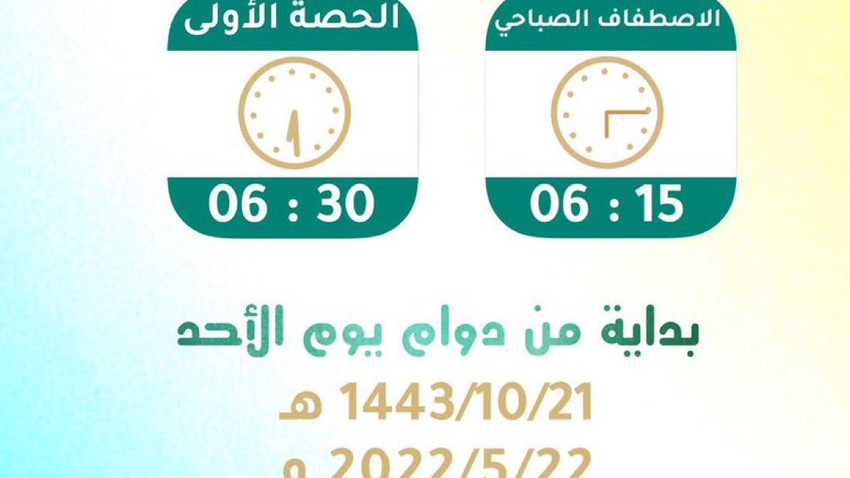 Arab Weather - The Department of Education in Al-Kharj Governorate announced that the official working hours in the governorate’s schools had been postponed, due to the high temperatures in the next stage.

The Department of Education in Al-Kharj decided that the morning queuing begins at 6:15, while the first class begins at 6:30, starting on Sunday 10/21/1443 AH.

For their part, social media activists interacted with the decision to educate Al-Kharj Governorate, calling for its circulation in the rest of the governorates and regions of the Kingdom and the Gulf states.

Weather and climate researcher Abdulaziz Al-Hussaini wrote on his Twitter account - saying, "It is a good development and thinking to present the study in the summer, so the dawn call to prayer (3:39), and sunrise (5:7) in the capital, Riyadh."

Al-Hussaini continued: “Perhaps the Department of Education will follow suit in the regions of the Kingdom and the Gulf states. Based on the assessed public interest.”

And a tweeter wrote, commenting on the decision to educate Al-Kharj: “A successful decision from the education of Al-Kharj, and I hope the whole summer period will be schools and employees, starting at 6 am.”