Saudi Arabia | Dust, high temperature and expected tropical activity in the Arabian Sea at the end of May..Details 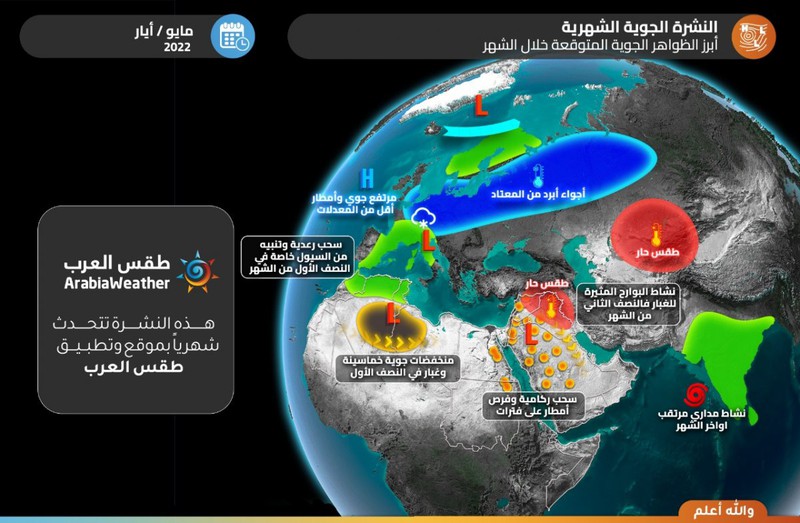 Arab Weather - The weather forecast cadre in Arab weather, through its recently issued weather bulletin for the month of May, continued opportunities for some regions of the Kingdom to be exposed to dusty weather until the middle of the month, in addition to expectations of an intensification of the heat in the last third of May, and the following are the most prominent features of the weather during the remainder From May: 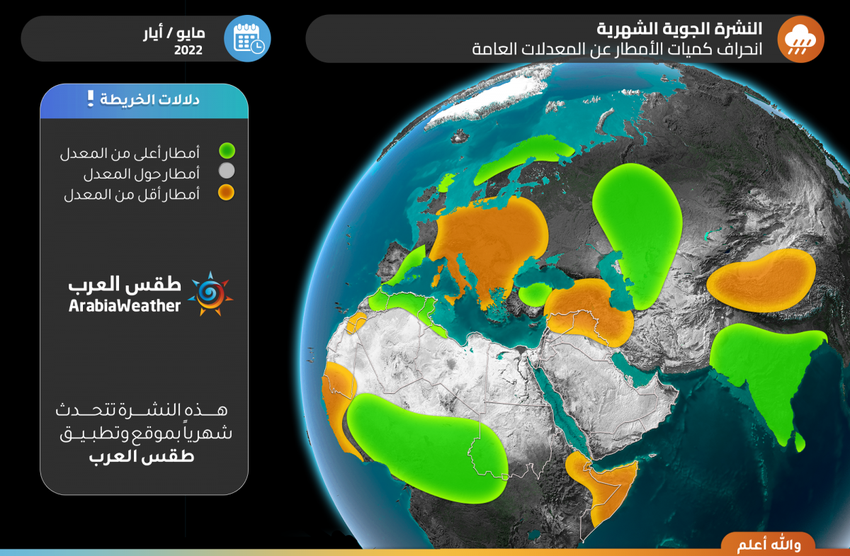 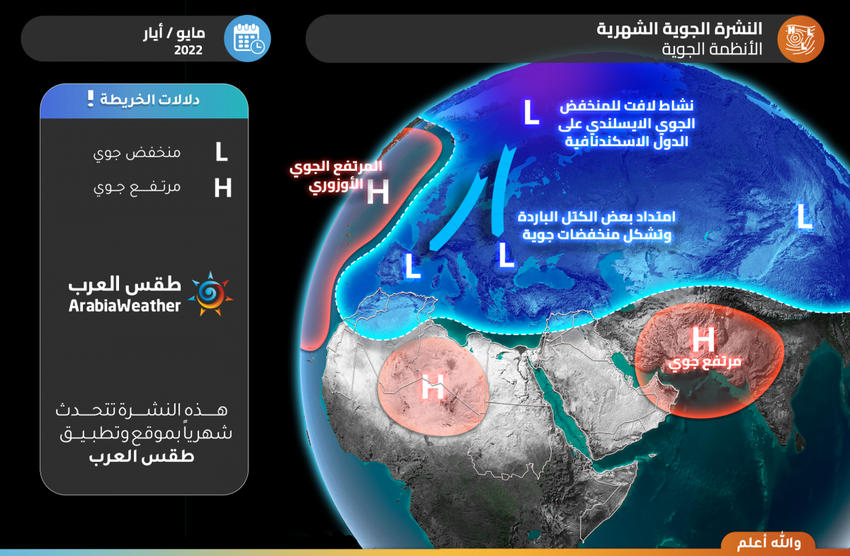 The most important weather phenomena expected this month 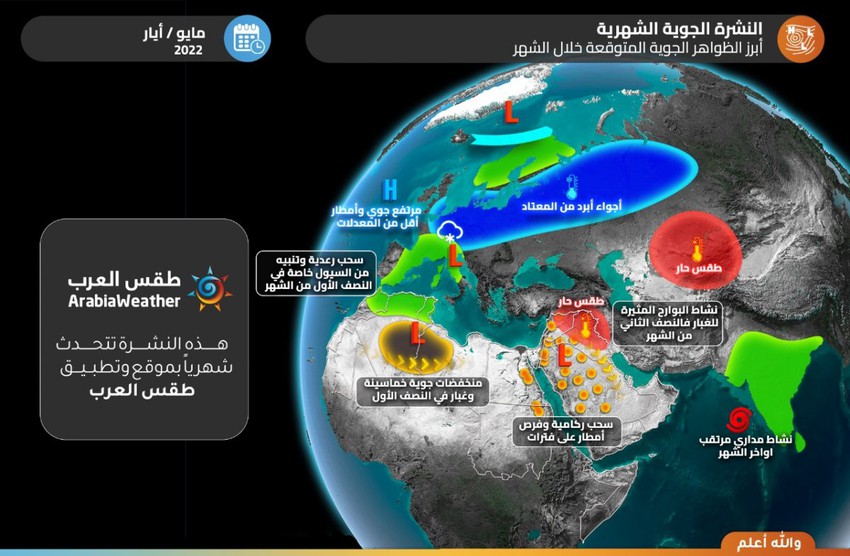 This leads to a mild atmosphere at night in different regions of Saudi Arabia, while temperatures rise throughout the southeast and south of the Arabian Peninsula.

Subtropical air heights dominate in the high layers of the atmosphere, accompanied by the intensification of the strength of hot air masses on the north and west of the Arabian Peninsula.

This means the intensification of the heat and the approaching of the temperature to the barrier of forty degrees Celsius and perhaps more in parts of northern and western Saudi Arabia, Kuwait and southern Iraq, at the expense of the mild weather at night in the center and east of the Arabian Peninsula.

The air heights continue to dominate the north and center of the Arabian Peninsula, and work to keep the atmosphere hot to very hot in those areas.

While it is expected that the chances of rain will improve in relative terms on the Al-Hajar heights in the Sultanate of Oman, in conjunction with observing an opportunity to form a tropical condition in the Arabian Sea in the last days of the month.