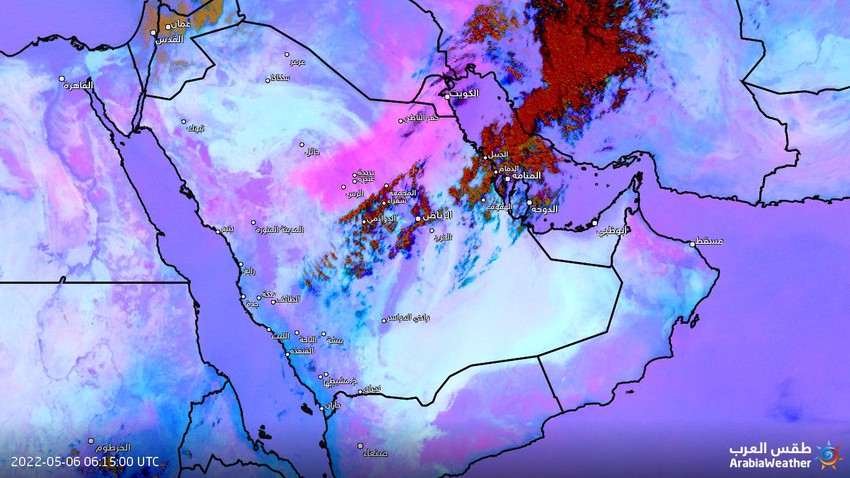 Arab weather - the latest satellite images indicate the formation of dense dust waves now between Hafr Al-Batin, Al-Qassim, the north of Riyadh and the interior of the Eastern regions, while these dusty waves are expected to extend to reach Riyadh at midnight, followed by Dammam with the early morning hours of Saturday. The dust is so thick that there is no horizontal visibility

With the beginning of the northern air crossing at night, an opportunity arises for scattered showers of rain in parts of Dammam, Al-Ahsa and Riyadh