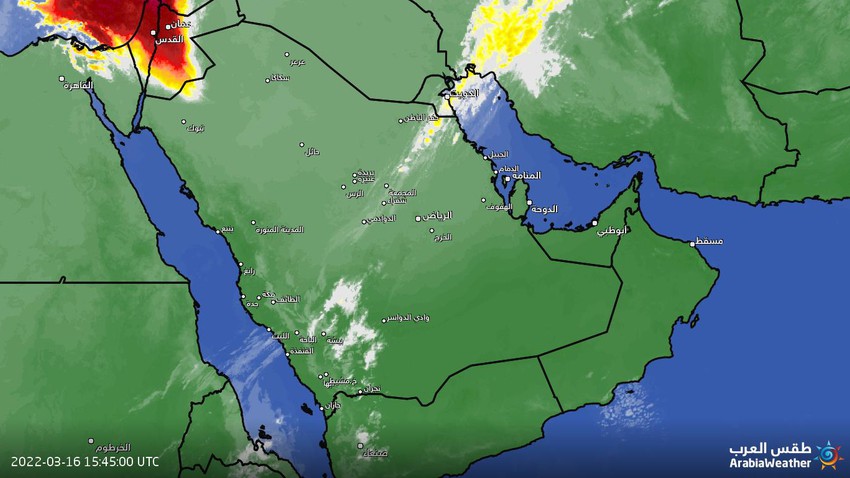 Arab weather - Dusty weather continues with dust raised in parts of the eastern, especially the southern regions of it, and parts of the south of the Riyadh region until the night hours, coinciding with the blowing of active northern winds with strong gusts at intervals, and on the other hand, the condensation of cumulus clouds with chances of rain showers. Light to moderate thunderstorms at times over parts of Hafr Al-Batin and the northern eastern region during the next few hours.

The current models indicate that the northern winds will renew strongly again on the eastern parts, especially the southern parts of it and parts of the eastern Riyadh region, which will lead to an increase in the intensity of dust and dust raised from the morning and noon hours. In addition, large areas of the south and southwest of the Kingdom will be affected by the transmitted dust, which will lead to a significant decrease in visibility