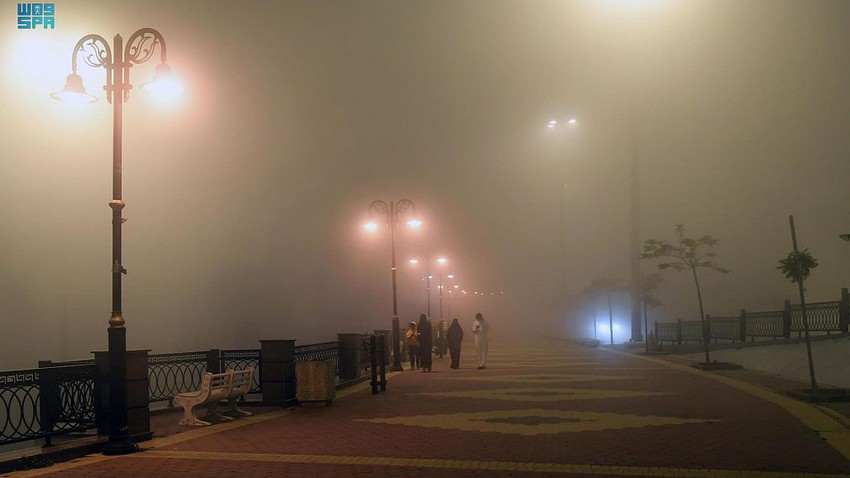 Arab weather - weather maps indicate, through computer simulations, expectations of high surface humidity levels on the coastal areas on Wednesday, and conditions are ripe for the formation of light to dense fog at dawn and Wednesday morning in parts of the Eastern Province, which may include Dammam and Jubail, and cause a decrease and perhaps a lack of horizontal visibility. In some areas, God willing.

During the day, the weather will be stable and hot in most parts of the Kingdom and mild in the southwestern highlands, and the chance is generally weak for some medium clouds to multiply over limited parts of Jazan and Asir, which may be accompanied by local showers of rain. The northern regions of the Kingdom, including parts of the northern borders and eastern Al-Jawf, are affected on Wednesday by hot and dry southwestern air currents, which cause temperatures to rise higher than their usual rates and increase dust rates in parts of the two regions, including the city of Arar, God willing.

The weather remains relatively warm to warm in all regions at night, while it tends to be cold over the heights of the southwest of the Kingdom, and surface humidity levels decrease compared to the previous nights on the coasts of the Arabian Gulf, and the chances of fog formation decline, and the winds are moderate in speed in all regions.