Saudi Arabia | Early..a warm air mass rushing into the kingdom at the end of the week 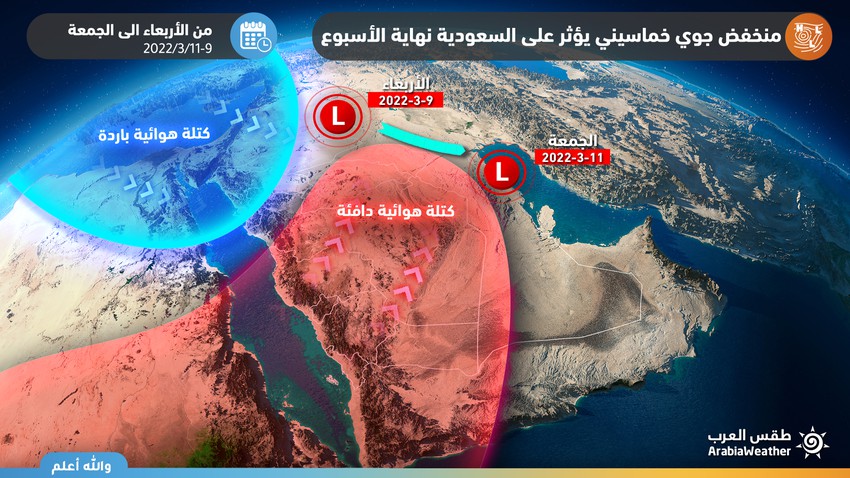 Weather of Arabia - The output of the issued weather maps still indicates a rush of a warm and dry air mass towards the Kingdom at the end of this week, and an accompaniment of a pentagonal depression that brings with it the pentathlon weather, which is represented by warm, dry and dusty weather in many areas.

The atmosphere is close to summer in many areas

In the details, the Khamasini air depression is approaching the Kingdom, coming through the Egyptian territories, as of Wednesday, March 9, 2022, and the deep air depression is concentrated in the south of Iraqi territory, and because of it, warm southwestern currents move, as a result of which temperatures rise in most areas, especially in the western and northern regions of the Kingdom. The weather becomes warm and close to summer, and temperatures are in the mid-thirties Celsius. 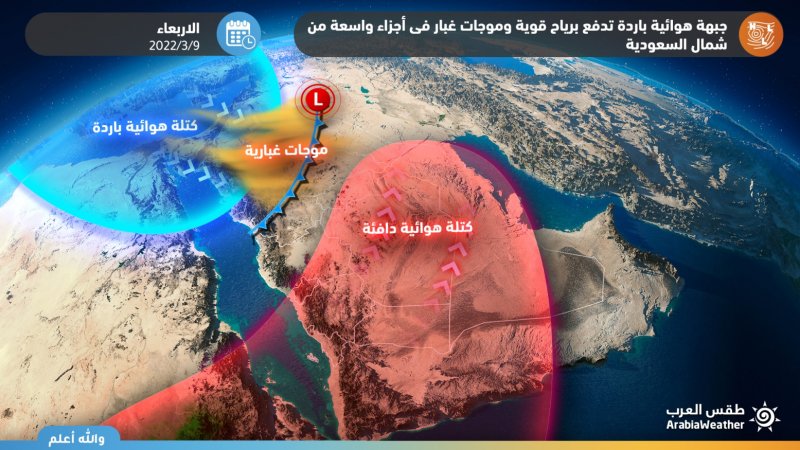 With the evening and night hours of Wednesday/Thursday, the cold air front begins to cross the northern parts of Saudi Arabia, causing a radical change in the atmosphere in those areas in conjunction with high wind speed activity.

Computer modeling maps indicate that the “thermal” pentagonal air depression will move on Thursday, March 10, 2022, to eastern Saudi Arabia, to be centered over the eastern parts on Thursday and Friday, as a result of which temperatures will rise significantly and significantly in the eastern and central parts of the Kingdom, with the maximum approaching 40 degrees Celsius. In the afternoon in several parts of the Kingdom, including the capital, Riyadh, the winds are southwesterly, brisk, dry and warm, raising dust and dust, and increasing the feeling of warmth. 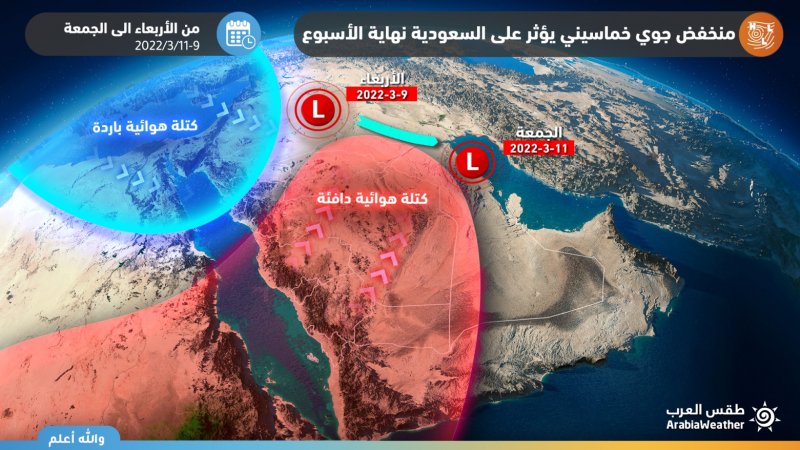 Monitoring large amounts of emissions from the Tonga volcano in the stratosphere.. Are there possible effects on the climate?