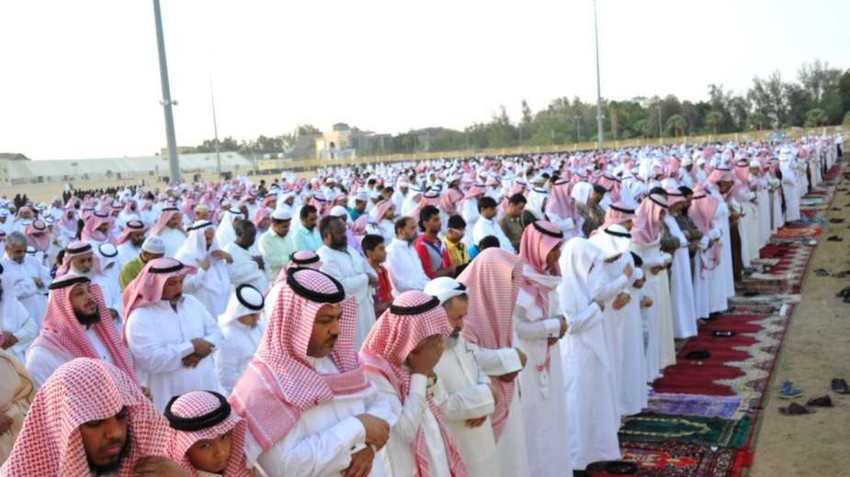 Arab Ritual - The Saudi authorities decided not to set up Eid prayers in open spaces for the first time, and only used mosques prepared for prayer, according to preventive measures in light of the spread of the Corona virus in the Kingdom.

The Saudi Minister of Islamic Affairs and Guidance, Abd al-Latif Ibn Abd al-Aziz al-Sheikh, directed the branches of the ministry in the regions of the Kingdom, with the approval of holding Eid al-Adha prayers for the current year in the additional mosques that are prepared only, and affirming that they should not be held in open chapels.

The Ministry of Islamic Affairs has intensified its efforts through its digital platforms and advocacy platforms, by launching awareness and guidance programs, to adopt preventive protocols to prevent the Corona virus, with the participation of a group of advocates and scholars, in addition to publishing what was recommended by the medical committees concerned with combating the epidemic.

In the past Eid al-Fitr, Saudi Arabia was satisfied with raising takbeers from after Fajr prayer until the time for Eid prayer, via external loudspeakers, with no Eid prayer being held in all mosques and chapels in the regions of the Kingdom.