Saudi Arabia: Fog is expected on parts of the coasts of the Eastern Province at dawn and Monday morning 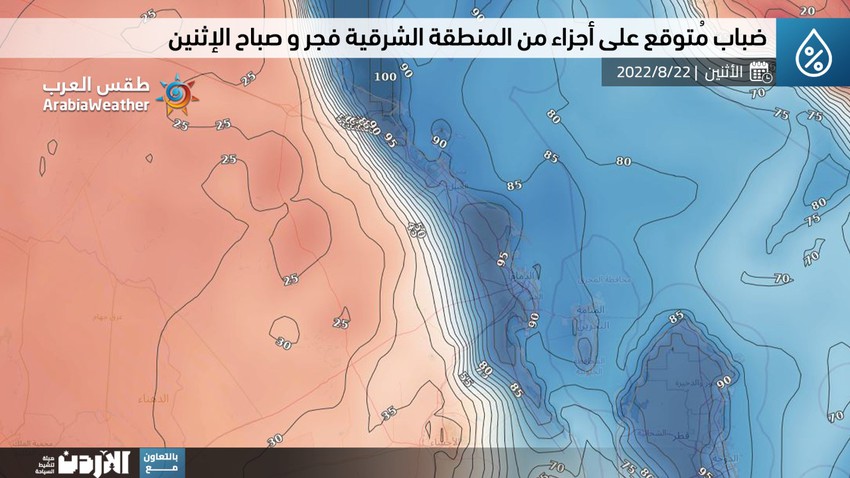 Arab weather - It is expected, God willing, that the weather conditions will be ready after midnight on Sunday / Monday and Monday morning to form fog on parts of the coasts of the eastern region, including Dammam and Khobar, which may be thick at times.

In the details, computer simulation models processed in "Arab Weather" indicate that surface humidity will rise at night on Dammam and the coasts of the eastern region overlooking the Arabian Gulf next night with the chance of fog forming. Fog may be thick on external roads and open areas, which leads to a high chance of traffic accidents due to a sudden decrease in horizontal visibility at times. Therefore, care must be taken while driving, especially in the dawn and early morning hours. The months of August and September are considered the wettest months due to the high sea surface temperature and the increase in evaporation, which makes the coastal areas humid. It is noteworthy that the humidity levels at night play a major role in the perceived temperature.