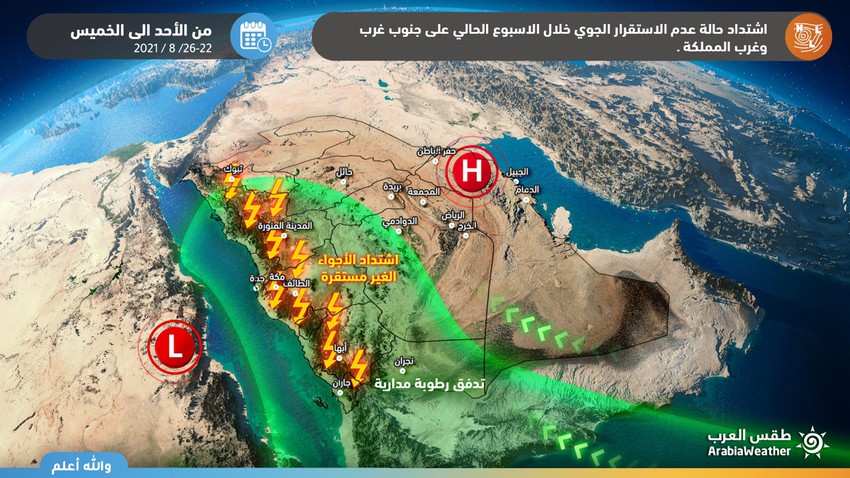 Arab weather - Sinan Khalaf - Weather forecasts for the increase and expansion of weather fluctuations and chances of rain during the coming days in the Kingdom of Saudi Arabia are still fixed, praise be to God, with continued indications of a flow of tropical moisture towards the southwestern and western parts of the Arabian Peninsula during the second half of this week. As a result of the deepening of the Red Sea depression towards the north of the Kingdom of Saudi Arabia.

Cumulus and thunderstorms in 8 regions

The initial indicators are considered excellent and very promising for the comprehensiveness of rains for areas that are experiencing a period of drought and rain interruption since the beginning of the summer, such as the regions of Tabuk and Madinah. Najran, Jazan, Asir and Al Baha, extending to Taif and possibly parts of Mecca.

Rainfall in general will be heavy at times in parts of Jazan, Asir and perhaps Taif, provided that it is less severe in Tabuk, Medina and Najran, and God knows best. 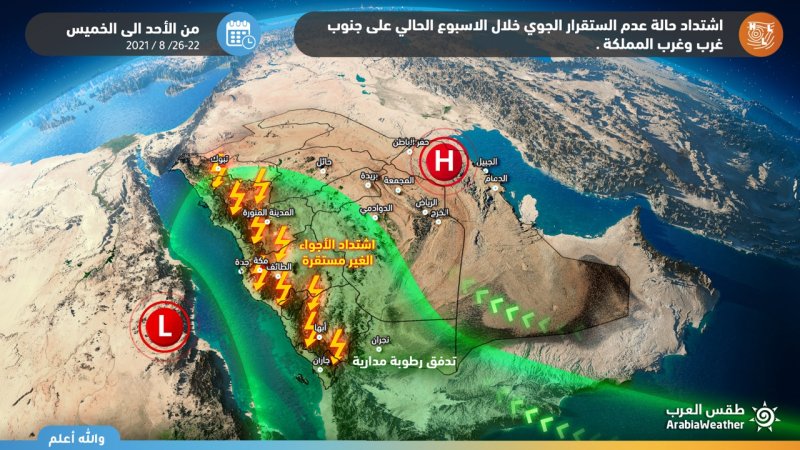 Due to the long interruption of rain, it is expected that the downward winds associated with thunderstorms will raise local dust waves that limit the horizontal visibility in Tabuk and Medina.