Saudi Arabia - important | A belt of thunderstorms is now raining between Hail and Al-Qassim, and it is expected to move towards Hafar Al-Batin tonight 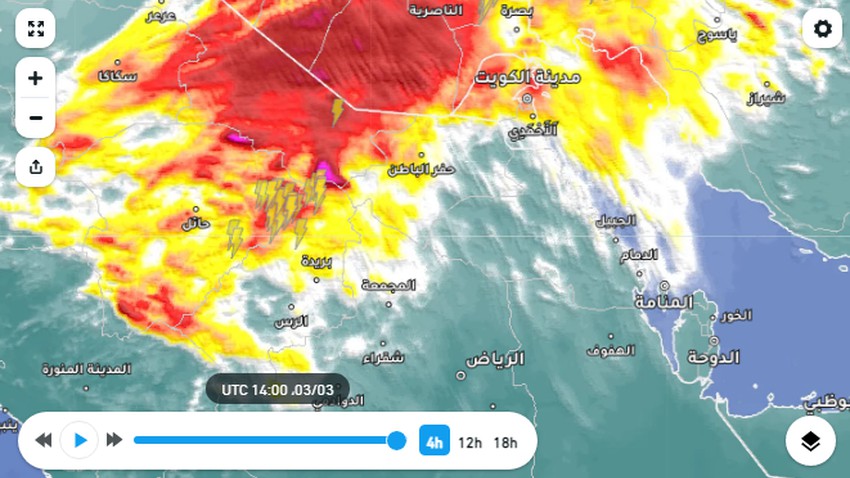 Arab Weather - Monitoring systems via satellites operating at the Arab Weather Center show the formation of a belt of rainy cumulus clouds in the area between Hail and Al-Qassim, and extending to the northern borders, during which these areas witness thunderstorms of rain with varying intensity.

May include some east coasts tomorrow

Weather forecasts issued by the forecast staff indicate the continuation of rain opportunities in these areas during the next few hours, provided that the rain belt will move gradually towards the southeast to include at midnight Hafar Al-Batin and then the northern coastal parts overlooking the Arabian Gulf, with the dawn hours. And on Friday morning.

It is expected that all of the mentioned areas will witness thunderstorms of varying intensity, which may be heavy at times in Hail, Al-Qassim and Hafr Al-Batin, accompanied by hail showers and the activity of downward winds. And God knows best.