Saudi Arabia | In a tragic accident, a thunderbolt kills a father in front of his children and inflicts severe burns on the wife 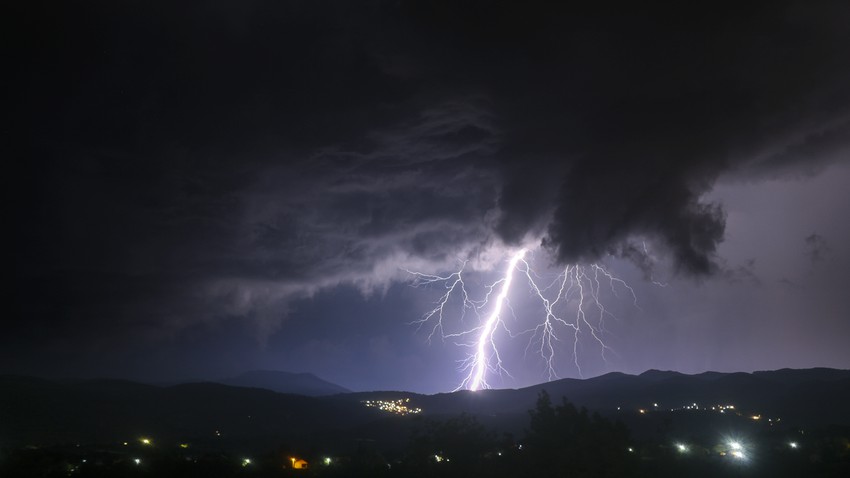 Weather of Arabia - A Saudi family of vacationers in the Asir region was exposed to a tragic accident that claimed the life of the head of the family, and the wife sustained first-degree burns after a thunderbolt struck them during a family outing in Mahayil Asir.

The couple, in their twenties, were accompanied by their two children, Al-Baraa (2 years) and Ibrahim (4 years), in Jabal Al-Maisara overlooking the Mahayel Asir Governorate, when the accident occurred.

The wife was transferred to Mahayel General Hospital, pending completion of the procedures followed in these cases by the concerned authorities, according to Sabq newspaper.

The newspaper pointed to a humanitarian situation recorded by the two sisters, Kamel and Dalimah Nasser Asiri, who happened to pass at the moment of the accident. The arrival of the injured family and their children.

Update 10:50 am: Scattered showers of rain in neighborhoods of Riyadh shortly