Saudi Arabia | In conjunction with the Riyadh season, a more moderate air mass and a significant drop in temperature at the end of the week 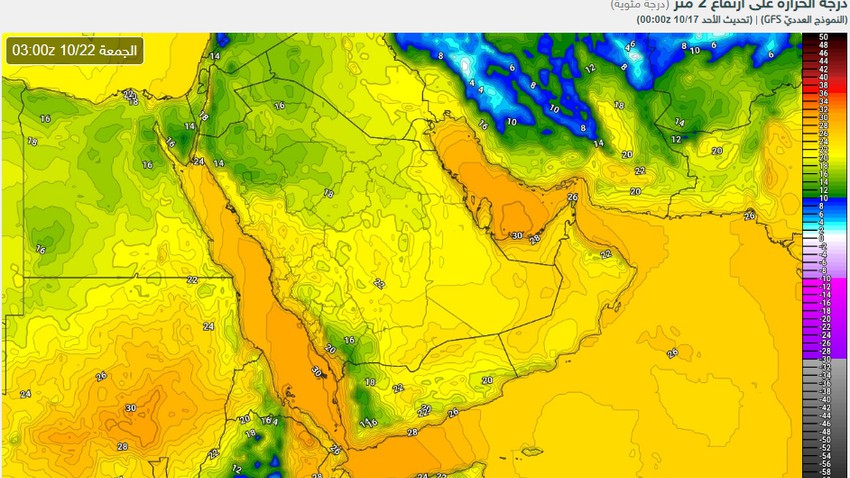 Arab Weather - Sinan Khalaf - The weather forecast staff at the "Arab Regional Weather Center" monitors the possibility of a more moderate air mass moving towards the central and eastern parts of the Kingdom at the end of the week, working to reduce temperatures significantly and significantly in conjunction with the launch of the Riyadh season 2021 AD.

The effect of the moderate mass will be clear and tangible in the capital, Riyadh, at the end of the week, where maximum temperatures are expected to drop from 39 degrees Celsius on Wednesday to 33 degrees Celsius on Friday, while at night it will be in the early twenties. 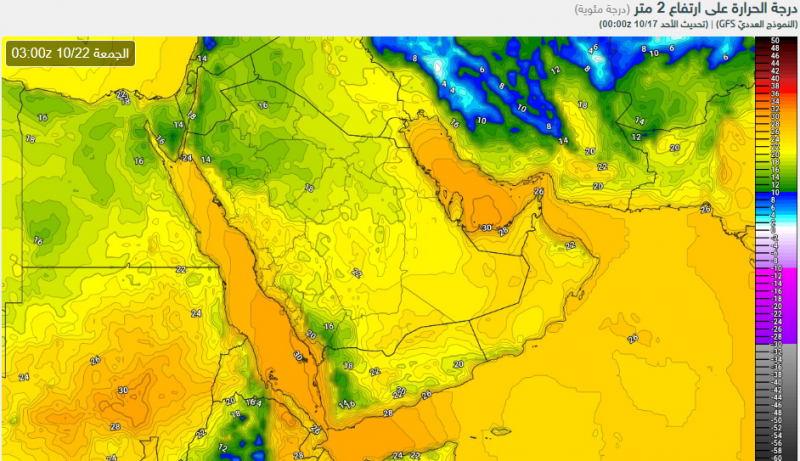 The Arab Weather staff warns of the start of the season of heat fluctuations and their impact on increasing the incidence of cold and flu diseases.