Saudi Arabia | In the middle of Al-Murabaniyah ... warmth will dominate Riyadh and the center of the Kingdom, starting from Thursday 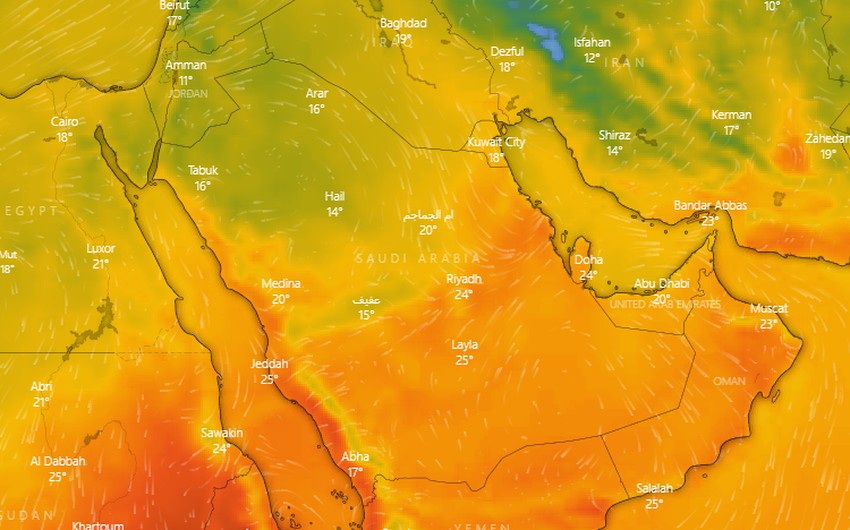 The region of the Levant and the far north of the Kingdom will be affected, starting from Thursday, by a cold and rainy air depression, which will push warm winds coming from the south towards the central parts of the Kingdom, so that the temperatures will rise with them to reach 25 degrees Celsius during the day in the capital Riyadh, amid expectations that the impact of these warm winds will continue Until the end of next week, God knows best.

This rise in temperature will not be limited to daylight hours, as the lower degrees will also rise compared to previous days, to become between 11 to 15 degrees Celsius, and God knows best.