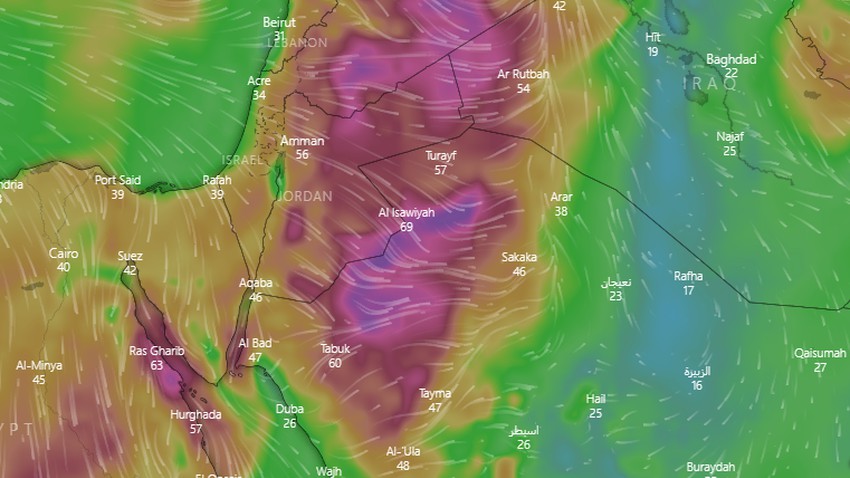 Arab Weather - Sinan Khalaf - The weather forecast staff in Arab weather is watching the possibility that the northern sector of the Kingdom will be affected on Sunday by a rush of a less hot air mass accompanied by a significant and tangible drop in temperatures, especially in the night hours and early morning.

It is expected that the deepening of the cold mass in the atmosphere of the region will be accompanied by a rush of active westerly winds with strong gusts at times, some of whose gusts exceed the 60 km/h barrier. Tabuk. 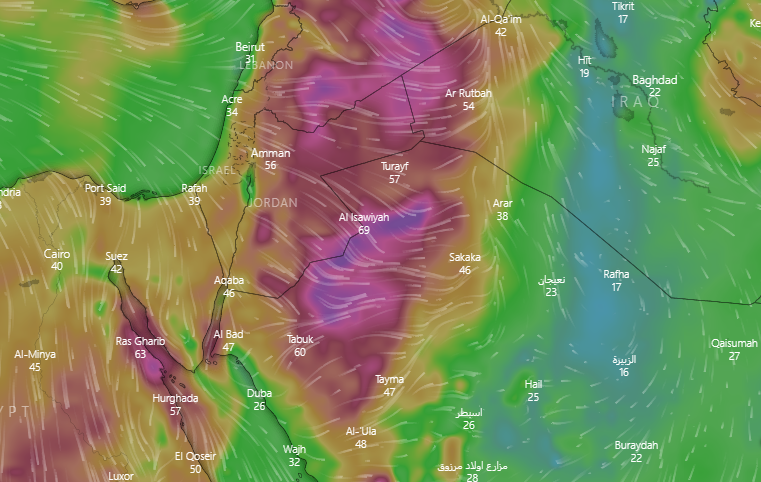 Important recommendations during the weather

The forecast staff in Arab weather advises respiratory and eye disease patients to follow the necessary precautions to deal with such weather conditions for fear of complications as a result of dust.

Saudi Arabia | Due to the high temperatures, Al-Kharj will advance the school's morning hours