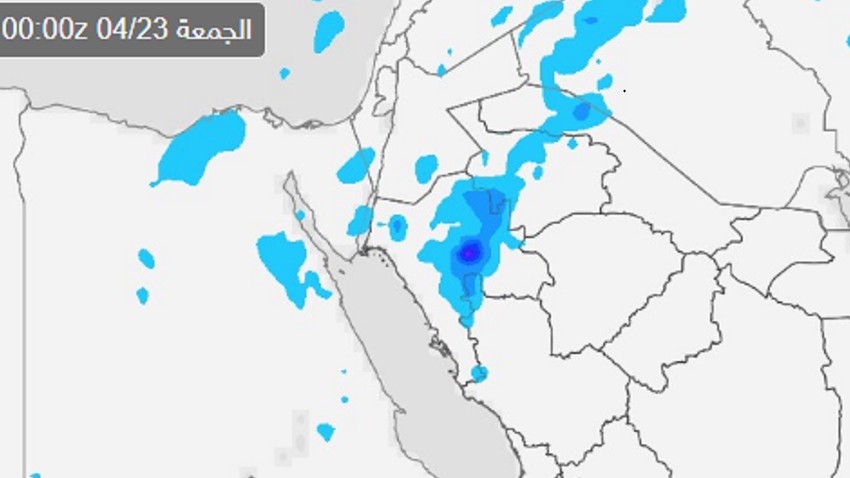 Arab Weather - Sinan Khalaf - The latest output of numerical models received by the "Arab Weather Regional Center" shows the possibility that the northern parts of the Kingdom of Saudi Arabia, as of Wednesday, will be affected by a state of atmospheric instability that is classified as weak, limited and of a random nature.

It is expected that the rain forecast will include separate parts of Al-Jawf and the northern borders in addition to parts of the Tabuk region, so that clouds will multiply in these areas and end the opportunity for limited thunderstorms of rain to fall in random areas. 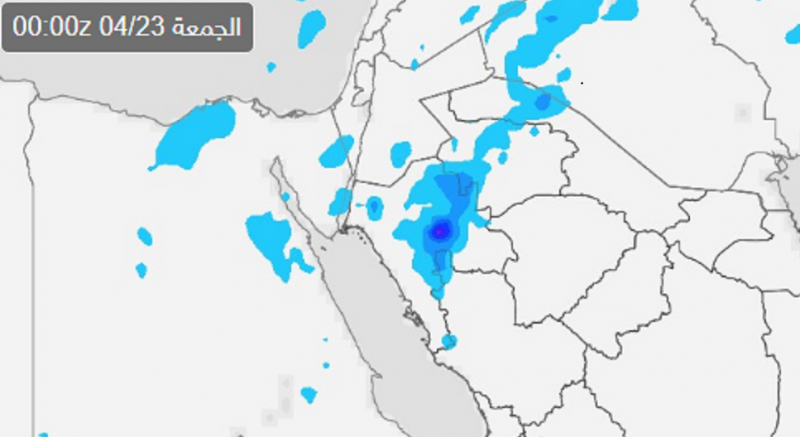 The scientific reasons for this instability

The Arab Weather forecast staff attributes this state of atmospheric instability to the existence of an extension of the Red Sea depression, in conjunction with the presence of a less heated air mass over the Levant region, which creates clouds and increases the chances of rain.