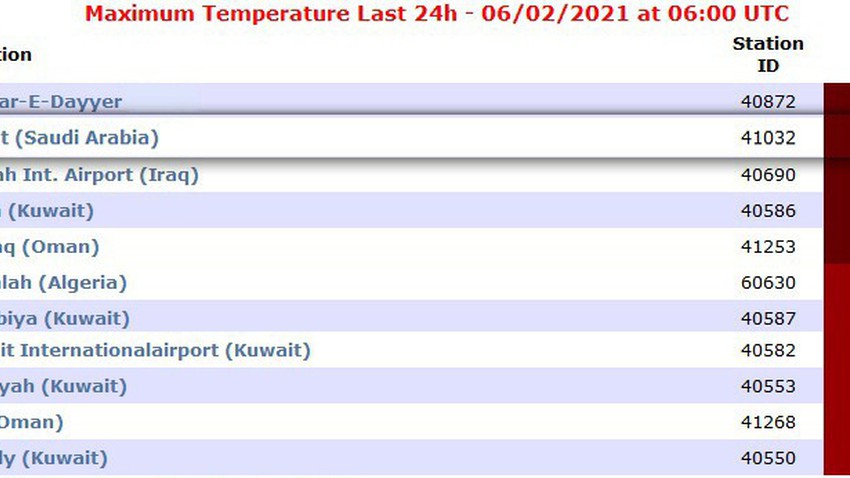 This comes as a result of very hot and dry winds accompanying the effect of the Al-Bawareh winds, which further increased temperatures in the Makkah Al-Mukarramah region.

The following is the order of the highest temperatures recorded globally:

It is also expected that the temperatures in Makkah Al-Mukarramah during the coming days will be as follows: