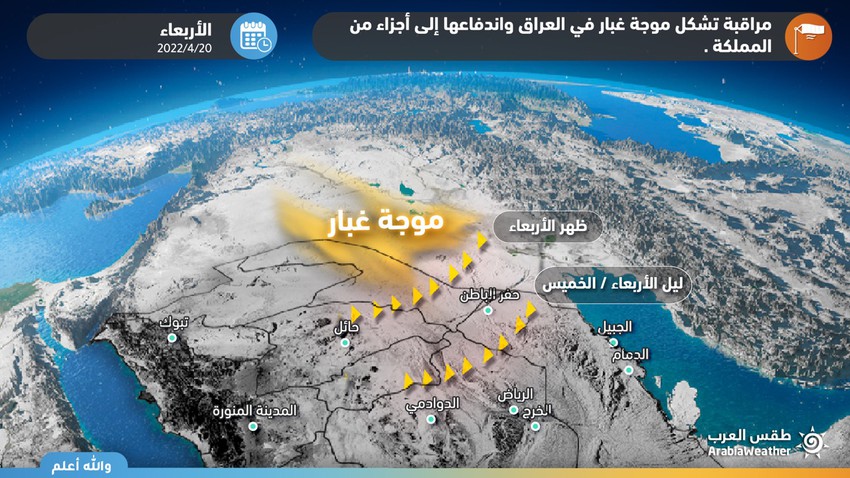 Arab Weather - Sinan Khalaf - We monitor in the Arab Regional Weather Center the possibility that the eastern and central parts of the Kingdom will be affected daily by the blowing of northwesterly winds, active to strong speed, rushing from southern Iraq and Kuwait towards Hafr Al-Batin and the eastern parts of the Kingdom, then central, including the capital Riyadh.

Areas covered by dust forecast for Wednesday and Thursday

It is expected that the effect of the dusty weather in Iraq will start from the late morning hours and the afternoon hours on Wednesday, so that the winds will become active and a wave of dust will form as a result, which will quickly move towards the outskirts of the northern border area adjacent to the border with Iraq, in addition to the Hafr Al-Batin area with the afternoon hours, and with Evening hours, it is expected that the dust wave will penetrate to affect parts and an hour of the eastern region, while the dust wave will reach the capital, Riyadh, with hours. 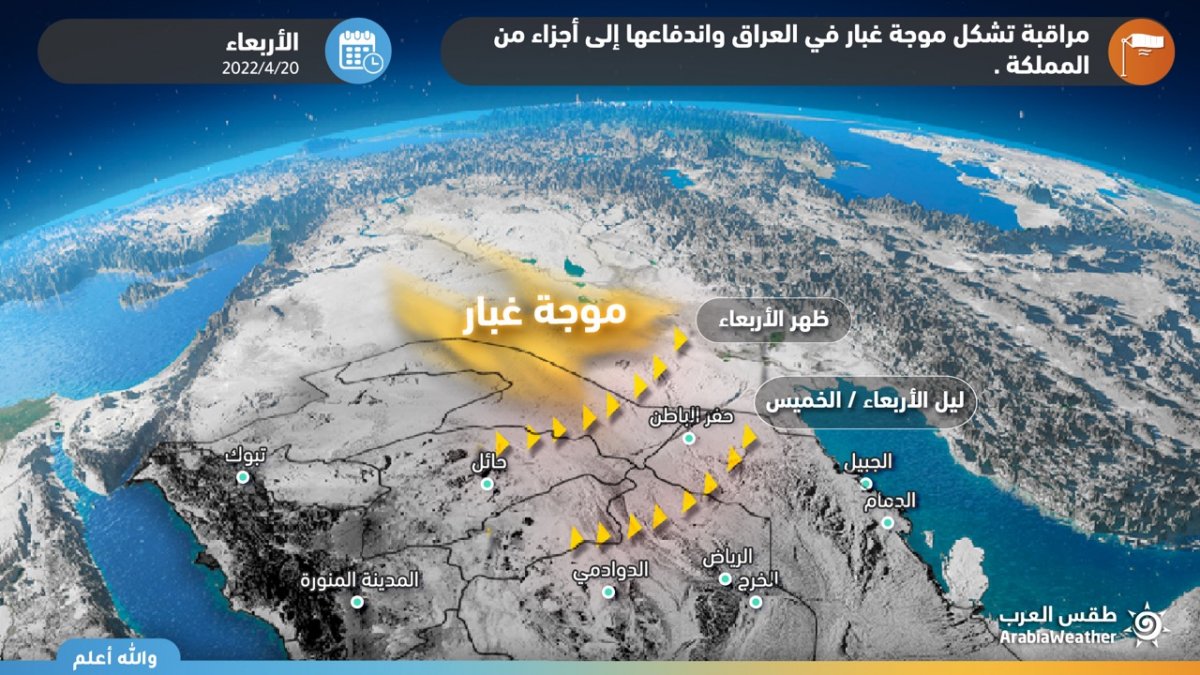