Saudi Arabia Monthly Bulletin | Observing an early extension of the Siberian air altitude accompanied by a radical change in temperature at the end of November..Details 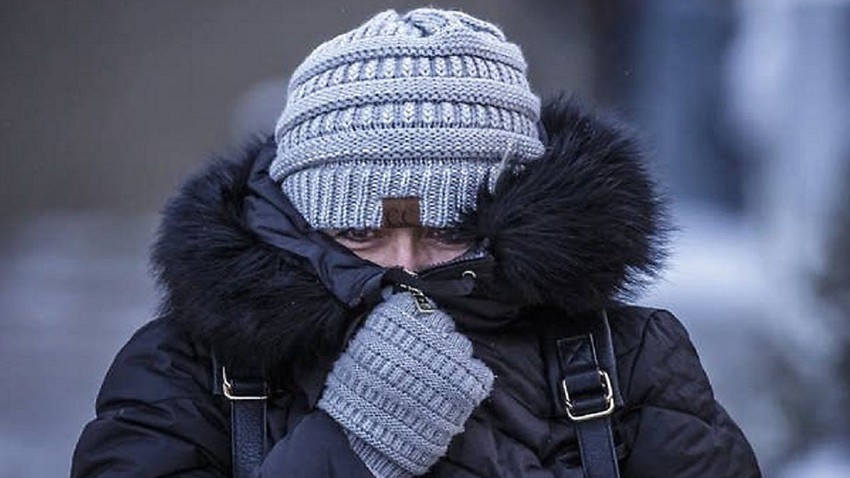 Arab Weather - The weather forecast staff at the Arab Regional Weather Center monitors the possibility that the northern sector of the Arabian Peninsula, including northern Saudi Arabia, will be affected by an early extension of the Siberian air rise during the last week of November, according to the monthly bulletin of November forecasts, which was issued this morning, Saturday 6 11/2021

In the details, Arab weather monitors a high probability that an extension of the so-called Siberian air rise will dominate the atmosphere of the northern sector of the Kingdom of Saudi Arabia during the last week of November, which will lead to dry east winds blowing on many days that may sometimes lead to high levels of dust in Atmosphere. At the same time, the weather is cooler than usual for this time of year, and the chance of frost is high at night. 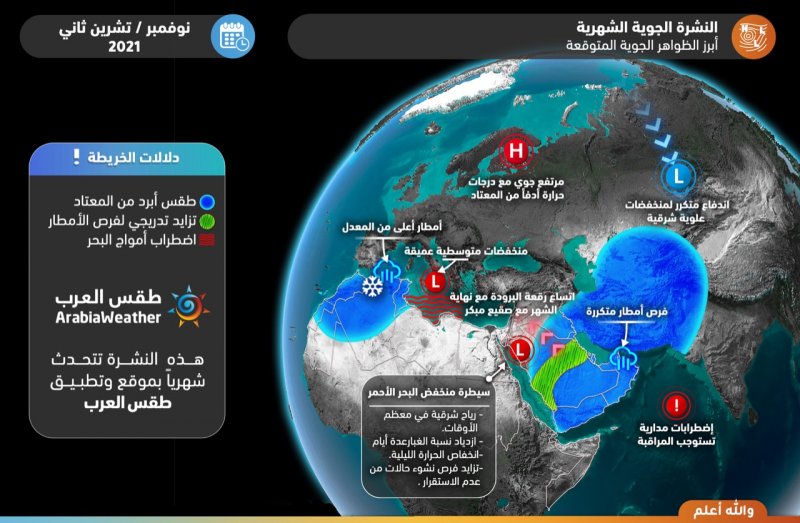 Arab Weather notes that it will continuously monitor weather variables and issue the necessary reports and updates through the application and website, according to the latest developments.

We also note that it is possible to view the full details of the monthly weather forecast for Jordan for free through the Arab Weather application, which you can download from here.

important | Observing heavy thunderstorms over the crowd.. Will it affect the city of Jeddah?

Saudi Arabia -12:15 pm | The dust wave has begun to affect the eastern and central parts of the Kingdom, warning of an increase in its intensity in the coming hours