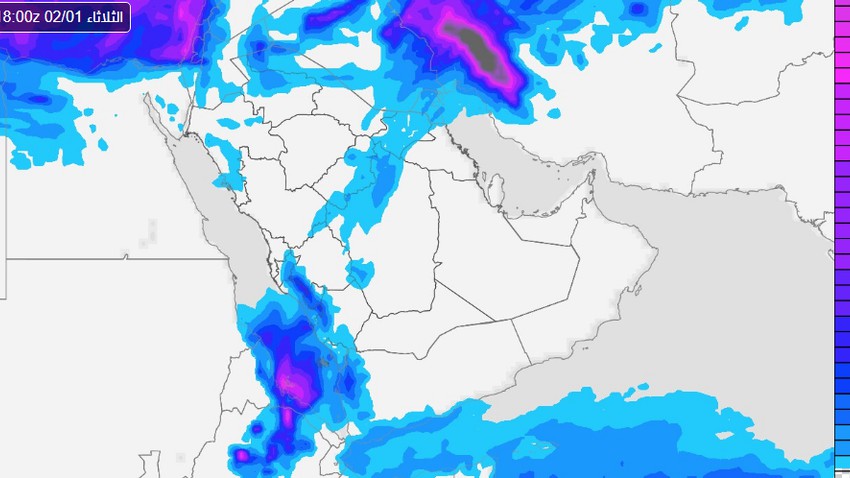 Arab weather - It is expected, God willing, that separate parts of the Kingdom will be affected on Monday, God willing, by a state of atmospheric instability, classified as weak to moderate in intensity in general, bringing with it some rain.

Areas covered by the rain forecast for Monday

In the details, it is expected, God willing, that the Kingdom will be affected on Monday by the crossing of a cold, superficial front, resulting in the formation of quantities of rainy clouds over separate parts of the Kingdom, including, God willing, all of the coasts of the central and southern Red Sea, in addition to the entire southwest of the Kingdom and parts of north Riyadh and south of Qassim And extending to Hafr Al-Batin and the north of the Eastern Province, and it is expected that it will be accompanied by some rainfall of varying intensity.

The weather will return to stability from Tuesday

Forecasts indicate that the weather will return to stability, God willing, as of Tuesday, with the weather remaining generally cold in most areas, especially the northern ones.