Saudi Arabia now | Contrary to the custom, a wave of dust emanating from Saudi Arabia and heading towards Iraq! 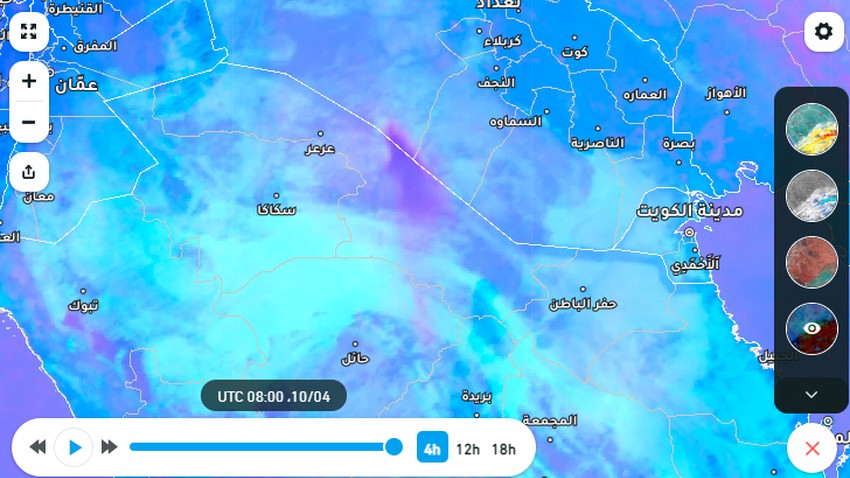 Arab Weather - Sinan Khalaf - In the meantime, satellite images monitor the formation of a wave of dust in the northern border region and its unusual movement towards Iraq.

This wave of dust was formed as a result of the region being affected by active southern winds with strong gusts sometimes, resulting from a rapid rise in temperature over the northwestern regions of the Kingdom during the day. Western towards its center from the center of the Kingdom to the southwest of Iraq and through the north of the Kingdom.

We note that this wave of dust will not have any direct or strong effects on the Kingdom, with the exception of limited parts of the northern border region.