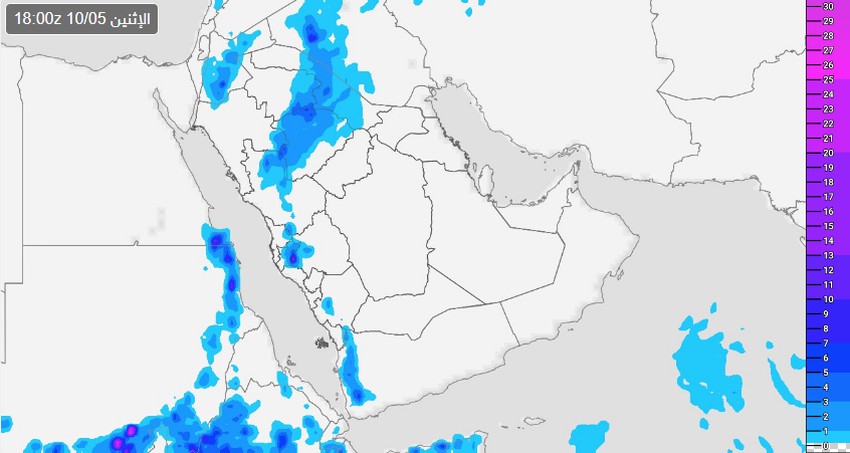 Arab Weather - Sinan Khalaf - beautiful developments and signals that began to be drawn by some numerical models, delighting the soul and sending us hope, as if it promises us an early mark ahead of its date, heralding what may be the first rainy condition of the autumn season this year.

In the details, we observed in Arab Weather three numerical models that began to clearly indicate the emergence of the first rainy case this fall with the beginning of next October, which is (Canadian - European - American).

Initial look at areas covered by the rainy state

According to current indications, it is expected that the Red Sea Depression will become active at the beginning of October, with unstable weather conditions affecting the northern parts of the Kingdom, and we are talking here about Al-Jawf, the northern border regions, Hail, Tabuk and Madinah, and thunder clouds extend towards Makkah, Taif and Asir. And Jazan .

Changes are either positive or negative

The nature of the rainy situation will be thunderous and God knows best, but it is impossible to talk about its details precisely due to the time period and the high probability of fluctuating and changing expectations of models in a negative or positive way.