Saudi Arabia | Preliminary heralds of waves of monsoon rains that may affect the Kingdom’s summer resorts in the last third of July..Details 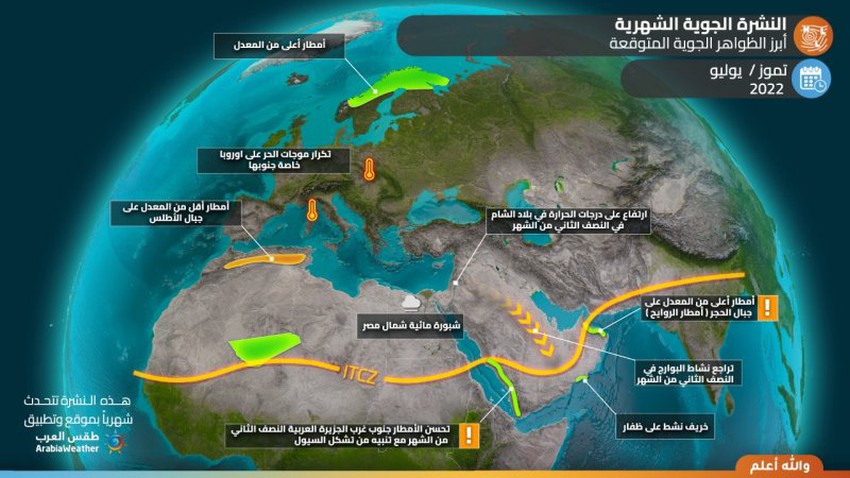 Weather of Arabia - Sinan Khalaf - The latest "long-range" weather forecast for the last third of July 2022 indicates an improvement and an increase in the chances of the southwestern highlands of the Kingdom being affected by a series of weather fluctuations and rainy conditions during the last third of July.

The forecast staff expected in the Arab weather that the southwestern highlands would be affected by wet masses, working on the activity of thunderstorms on the heights of Jazan, Asir and Al Baha in the first degree, then the regions of Taif and Makkah Al-Mukarramah in the second degree, accompanied by rainfall of varying intensity and the flow of valleys and torrents.

Arab Weather notes, however, that it is not possible to finalize the details of the expected weather situation during the last days of December and the beginning of January, given the relatively long period and the wide margin of error from now on. 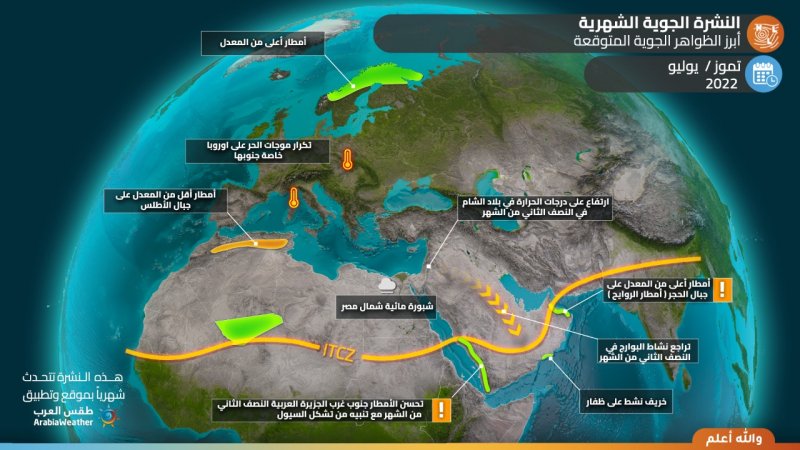 Special weather for each week