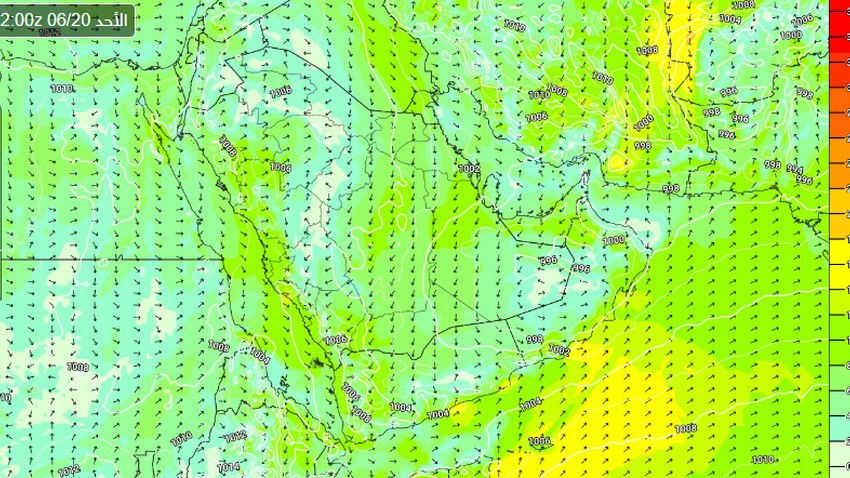 Arab Weather - After a week full of dust waves that affected large parts of the Kingdom, the latest outputs of the computer simulation systems operating in the Arab weather and related to wind forecasts indicate a significant decline in the influence of the northwestern winds locally known as Al-Barawah winds on the region as of today, Saturday.

Stability is due to the weather

The decline in the influence of the Al-Bawareh winds from the region as of Saturday is due to the decline in the influence of the moderate air mass from the Levant region, which reduces the thermal differences between the different masses in the atmosphere of the region, and thus the decrease in the atmospheric pressure differences that push the winds towards the region during the coming days. 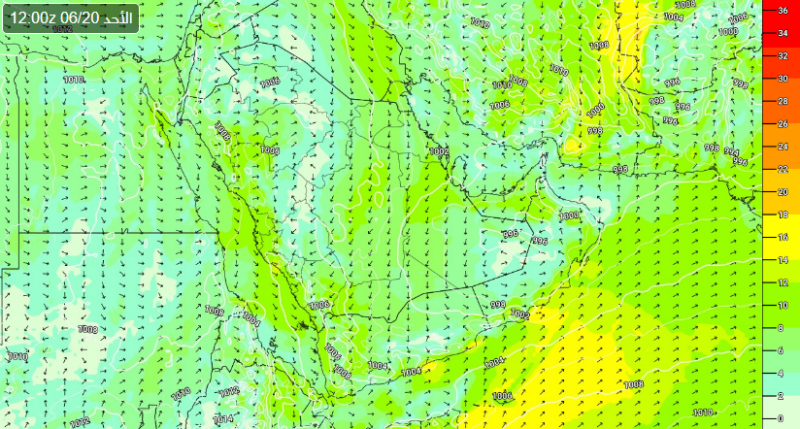 Hot and stressful weather in many areas

Weather forecasts also indicate that temperatures will rise in the eastern and central parts of the Kingdom early next week, exceeding the mid-forties in the interior parts of the eastern region and the capital, Riyadh, in the absence of northwest winds from the region's atmosphere.