Saudi Arabia | Rain entrapment in Riyadh for how long.. and what are the causes? 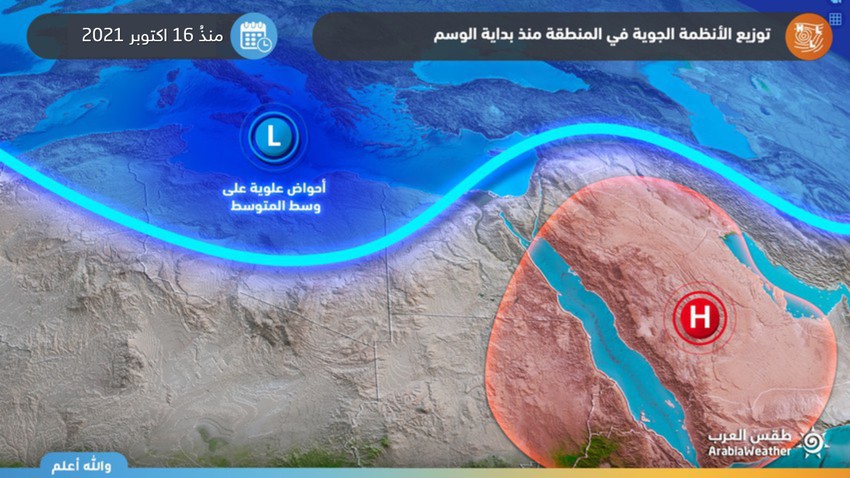 Arab weather - Sinan Khalaf - despite the lapse of nearly 40 days of the marking season, the state of rain is still in control of the atmosphere of the capital, Riyadh, and the city has not been exposed to any rain since the beginning of the season to this day, and weather forecasts still indicate a continuation of the situation Rain entrapment until the first week of December at the very least .

What are the causes of rain clouds dominating Riyadh?

With this rain fall, questions are increasing about the reasons why the central parts of the Kingdom, including the capital, Riyadh, have not been affected by rainy weather until the moment, despite the lapse of more than two-thirds of the marking and the approaching winter square. :

First: Air depressions over the central and western Mediterranean

Contribute to the survival of the subtropical high in the region

The upper activity focused during the last period on the central and western Mediterranean, so that the influx and transfer of cold air from the high polar regions continued towards the center of the European continent and later to parts of Libya, Tunisia and Algeria. Several of the past weeks.

On the other hand, in such weather patterns, the jet stream intensified over northern Saudi Arabia and the Levant to take the role of a wall of blocking any cold air coming from the north, so that the Kingdom, including the capital, was under the influence of the semi-tropical air rise to form a barrier against the approach of cold blocks from the north or even waves The humid area coming from the south of the Arabian Sea. 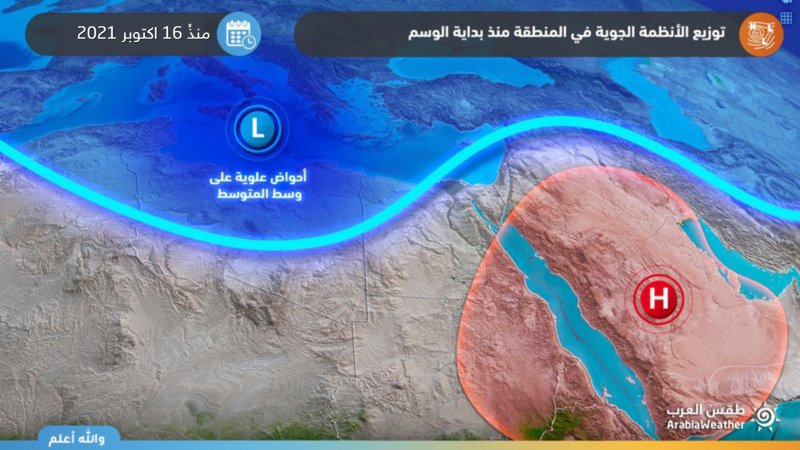 Second: the stability of the distribution of air systems

It was and still serves the central and western Mediterranean more

With the continued stability of the distribution of air masses and air systems from the Atlantic Ocean, the North Pole and the European continent, this led to the continuation of cold air rushing towards the central and western Mediterranean for a not short period, and therefore the proliferation of clouds and precipitation continued in those areas, making the Kingdom within the scope of an air-stable region Ie far from any air activity.

The Arabian Sea High is the most prominent reason for the rush of wet masses rushing from the Arabian Sea to push them towards the Kingdom, stimulating the activity of the Red Sea depression, but the continued formation of tropical conditions in the Arabian Sea works to monopolize moisture and prevent its flow into the region’s atmosphere, and thus rain opportunities become limited and in geographically narrow ranges .

Saudi Arabia | The coldest since the beginning of the season.. a cold air mass that strongly affects the north of the Kingdom and Hail as of Wednesday..Details