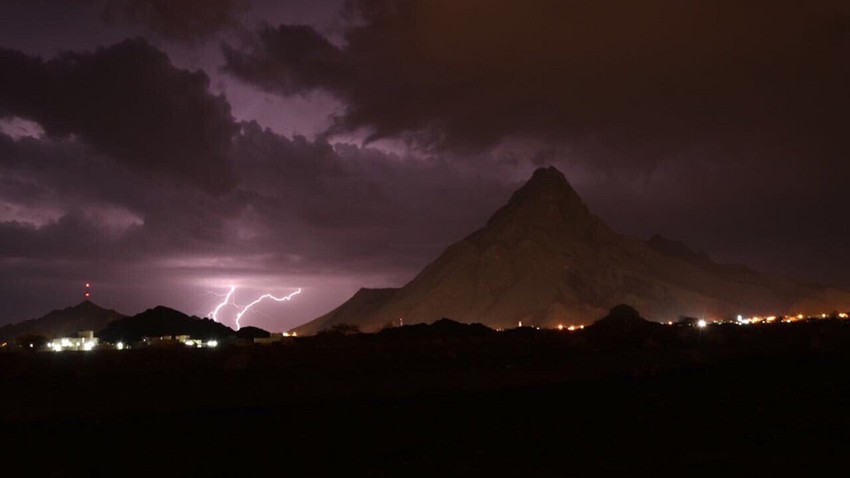 Arab Weather - Sinan Khalaf - The latest weather forecast for the weekend, God willing, was issued by Arab Weather a while ago, which indicates the following:

Relative decrease in rainfall in the southwest of the Kingdom

In the details, it is expected that the intensity and comprehensiveness of thunderstorms will decrease in the southwestern and western parts of the Kingdom during the weekend, so that the amounts of clouds decrease in general and the chances of rain become of a local nature, so that cumulus thunderclouds form over parts of Jazan, Asir and Al Baha, and the opportunity for rain is prepared. Local thunderstorms in random areas. 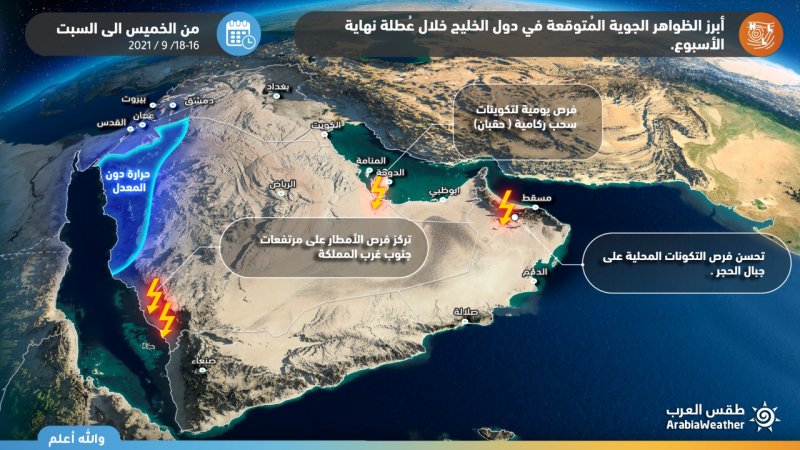 The decline is concentrated in the north

On Thursday, Friday and until Saturday, it is expected that a more moderate air mass will affect the Kingdom, with which temperatures will decrease in some central regions, including the capital Riyadh, in addition to the northern and northwestern parts of the Kingdom, so that the weather is moderate to hot during the day, and pleasant at night, It will gradually rise again from Saturday.

Mecca and Taif | Warning of air strikes and possible heavy thunderstorms on Thursday and Friday..Details