Saudi Arabia | Riyadh and Sharqia are on a date with renewed rain chances on Wednesday.. Details 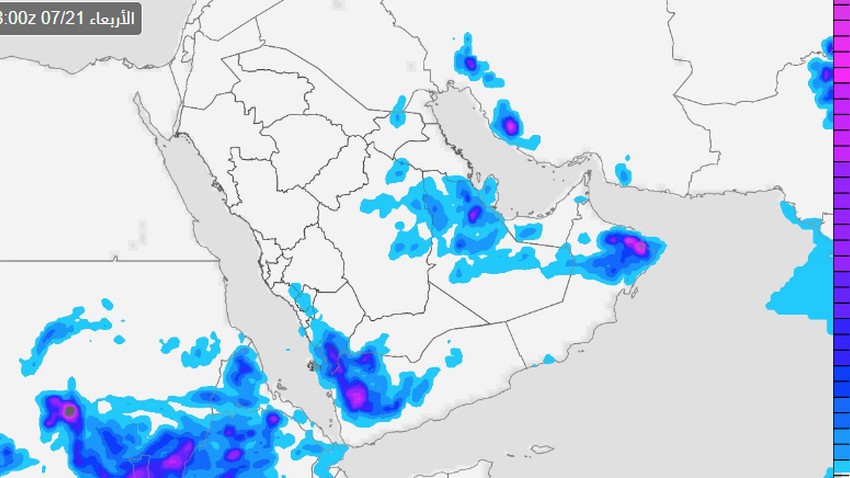 Arab Weather - Sinan Khalaf - The latest weather forecasts from the forecast cadre in Arab weather indicate the return of chances of cumulus thunderclouds forming and rain falling in separate parts of the eastern region and Riyadh on Wednesday, bringing with them thunderstorms and possibly dust waves in some parts.

Thunder clouds of a local character

Possible thunderstorms in parts of Sharqiyah and Riyadh

In the details, it is expected that the Riyadh and Eastern regions will be affected on Wednesday by unstable weather conditions, which multiply during convective thunderclouds, and rain will fall with varying intensity, it is not excluded that it will be heavy in narrow geographical boundaries, accompanied by showers of cold. 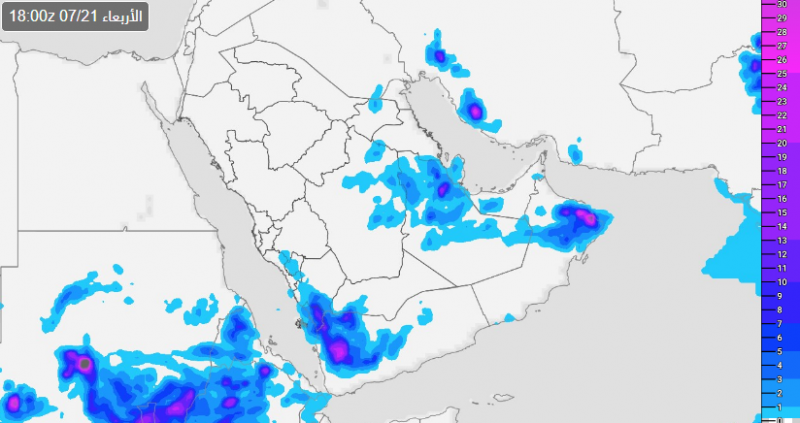 The nature of this expected weather condition takes on a local character, so that cumulus thunder clouds form randomly in the sky of Riyadh, the eastern region and the surrounding areas, and some neighborhoods and roads of the city of Al-Ahsa may witness rain, while neighboring neighborhoods and roads are witnessing an atmosphere that is closer to stable.

It is also usually associated with the activity of the descending currents resulting from the activity of cumulus thunderclouds, which in turn may create dust waves from time to time, limiting the horizontal visibility.

Arabia Weather recommends the residents of Riyadh and Sharqia with the following:

Mecca | Chances of thunderstorms high on Wednesday and through the weekend