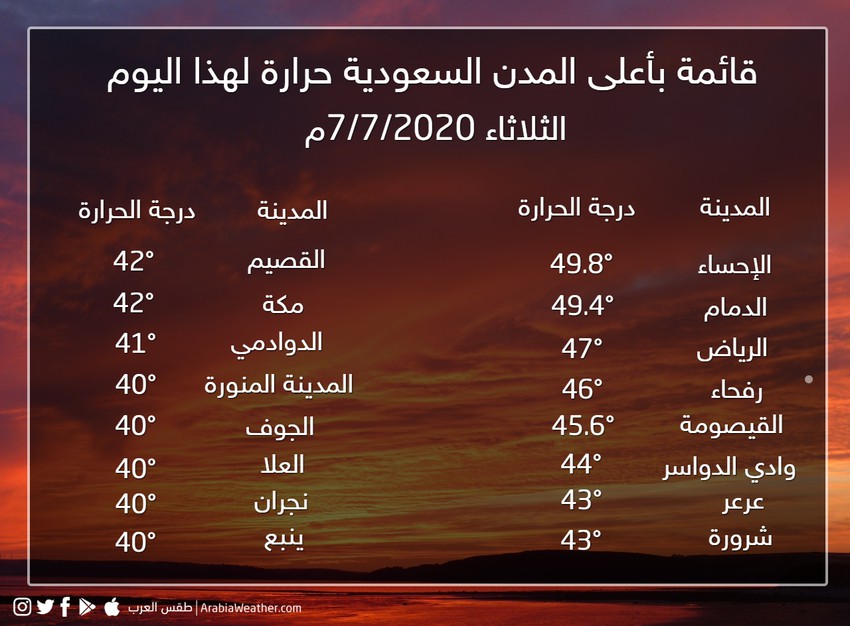 Saudi Arabia Riyadh is the third hottest city in the Kingdom for today ... and Al-Ahsa tops the list

Arab Weather - Large areas of Saudi Arabia were affected today, Tuesday, by very hot weather, and the city of Al-Ahsa recorded at noon today the highest temperature in the Kingdom, reaching 49.8 degrees Celsius.

Dammam also recorded 49.4 degrees Celsius, while the capital Riyadh ranked third in the ranking of the hottest cities in the Kingdom for this day, with a score of 47 degrees Celsius. Below is a list of temperatures recorded for this day in some cities of the Kingdom, according to monitoring stations of the General Authority of Meteorology and Environment.