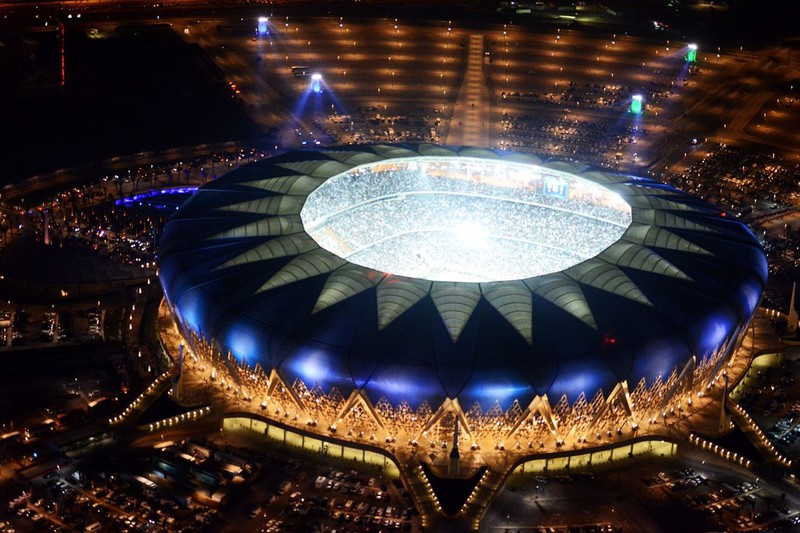 Weather of Arabia - After the Confederation announced on Monday the withdrawal of India, which is the only competitor from the candidacy race, Saudi Arabia has become the only candidate to host the 2027 Asian Cup in football.

"The AFC has been officially notified by the Indian Federation of the decision to withdraw its candidacy to host the 2027 AFC Asian Cup," the AFC said in a statement. "It will be the only Saudi file submitted to the 33rd Congress of the AFC."

In the event that the AFC approves the Saudi file, as expected, it will be its first hosting of the finals, which began in 1956.

On October 17, the AFC Executive Committee selected a shortlist of those wishing to host the continental event held once every four years, which included Saudi Arabia and India, provided that the final decision in this regard will be issued at the next General Assembly in Manama in February 2023.

And Saudi Arabia continues to seek to host sporting events, as it submitted a request to host the 2026 Asian Cup for Women a few days ago, in addition to major sporting events such as golf tournaments, Formula One races, and European football matches.

With regard to the 2027 edition, the Uzbekistan and Iranian federations withdrew from candidacy on December 14, 2020 and October 13, 2022, respectively, and Qatar, which is currently hosting the 2022 World Cup, automatically after being granted the right to host the next edition.