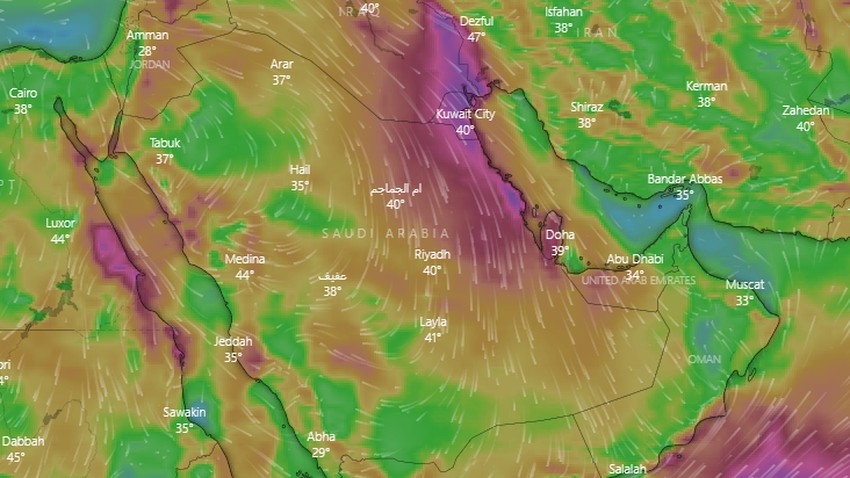 Arab weather - Sinan Khalaf - It is expected, according to the latest weather maps issued by numerical models, that the activity of the northeastern winds, which is locally defined, will be renewed in the eastern parts of Saudi Arabia on Friday, which means the return of dusty weather for many areas.

Areas covered by the dust forecast for Friday

It is expected that heavy dusty weather, sometimes on Friday, will include Hafr Al-Batin, Qaisumah, and the entire interior of the eastern region all the way to Al-Ahsa, while dust waves (of moderate to weak intensity) will extend towards parts of the center of the Kingdom, including the capital, Riyadh. 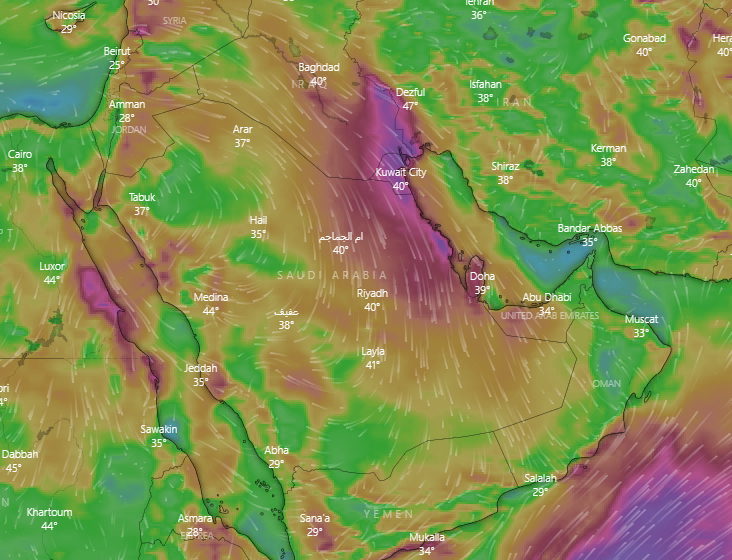 An important link to follow the movement of dust waves via satellites, from here