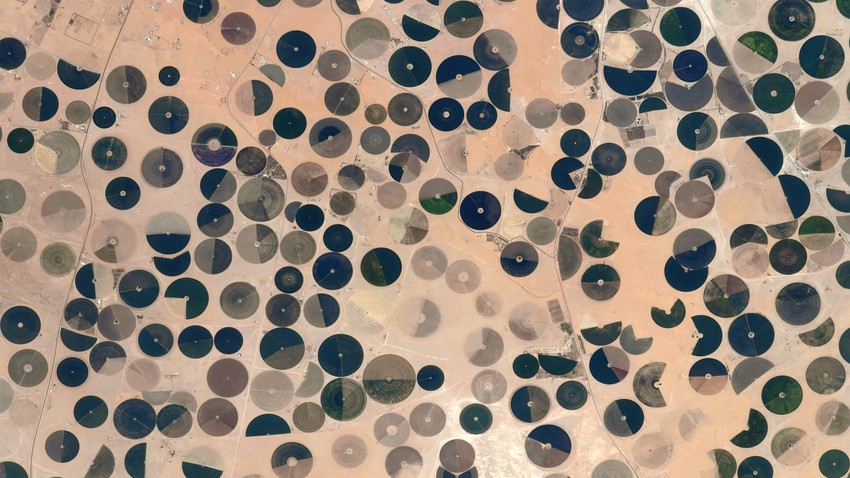 Weather of Arabia - Sinan Khalaf - French astronaut "Thomas Bisquet" from the International Space Station spotted strange green circular shapes scattered in the territory of the Kingdom of Saudi Arabia, and he tweeted on "Twitter", saying: "A scene we see often while flying over our planet, are they peas in Desert, Pac-Man's Conquest, or Earth CD Set?"

Hours after his first publication, the French astronaut explained, in a post on his Instagram account, that these circular shapes, and their location in Saudi Arabia, are agricultural spaces, where fossil water is used that is pumped from a depth of kilometers under the surface of the earth and spreads to the crops from the axis in Cercle.

Commenting on the post, Bisquet added: "In areas where fresh water is scarce, this is a way to grow food, which, like all life, depends on water to thrive."

Bisquet noted that although the location of the circular shapes appears random, it follows the locations of aquifers.

The center pivot irrigation system, which extends in the form of arms that rotate around the axis to irrigate large agricultural areas, is the most widely used in the Kingdom, according to a report by the Saudi Ministry of Environment, Water and Agriculture.