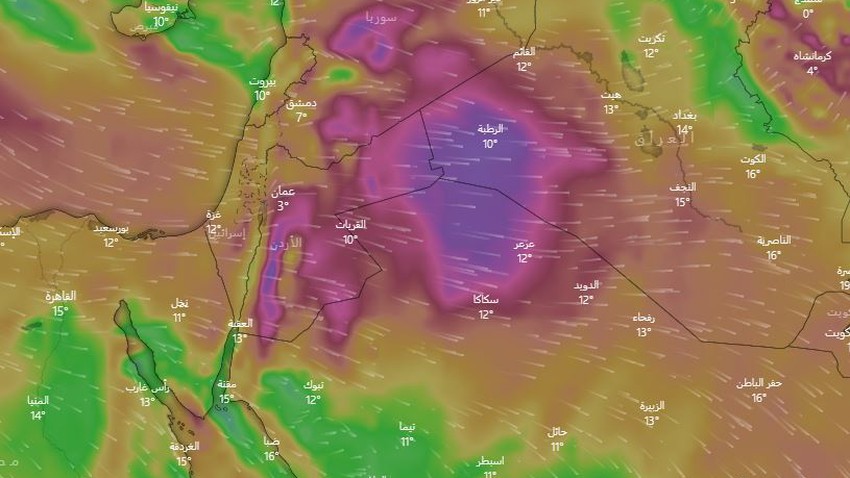 Arab Weather - The latest output of our computer simulation systems in Arab weather indicates that several parts of north and northeastern Saudi Arabia were affected on Thursday by dust waves accompanied by a decrease in the range of horizontal visibility.

Active winds and dust waves are expected in some areas

In the details, it is expected that a cold air mass will deepen in the atmosphere of Saudi Arabia on Thursday, to dominate several parts of the north and center of the Kingdom, accompanied by active winds, some of whose gusts reach a speed of 70 km/hour, and these winds are considered capable of forming broad dust waves accompanied by a significant decline in the horizontal range of vision. 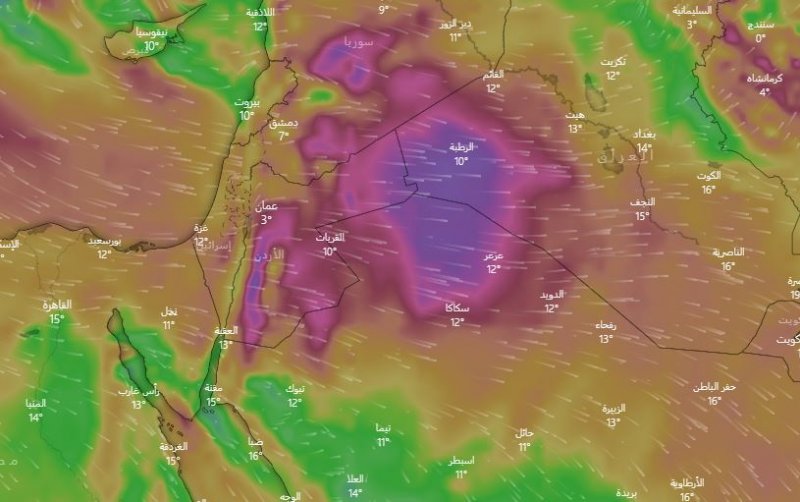 As for the areas covered by the forecast of strong winds and dust, they are parts of Al-Jawf and the northern borders in the first place, and several parts of the eastern region and Al-Ahsa, all the way to parts of the center of the Kingdom in the second place.