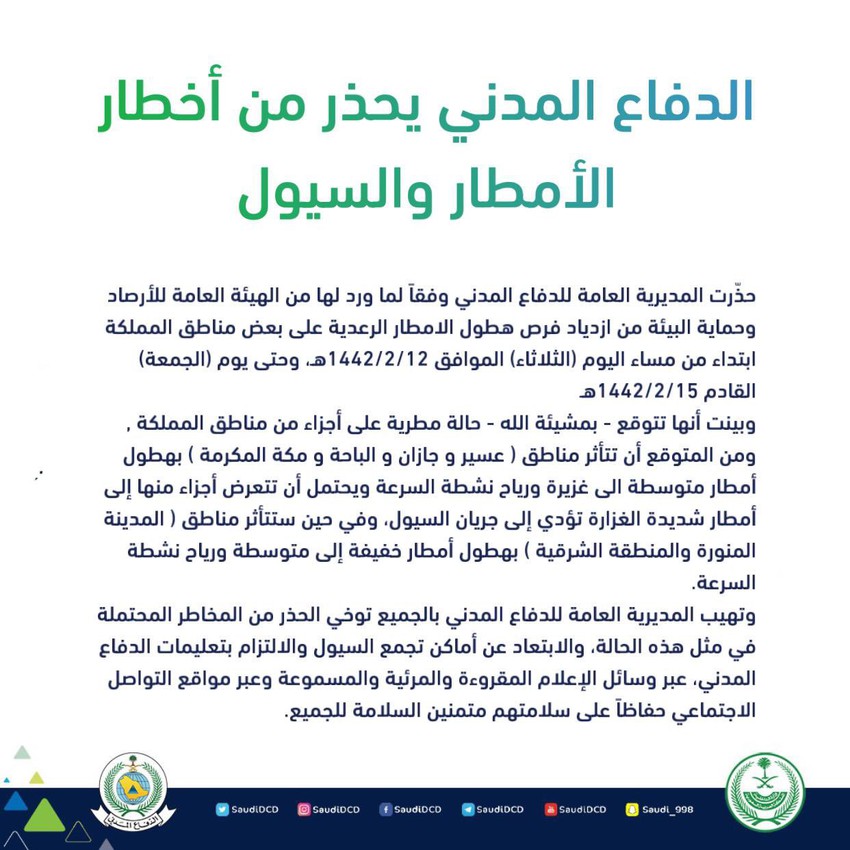 Arab Weather - The General Directorate of Civil Defense, according to what was reported to it by the General Authority of Meteorology and Environmental Protection, warned of the increased chances of thunderstorms in some regions of the Kingdom, God willing, from this evening until next Friday.

The directorate expected a rainy situation in parts of the Kingdom's regions, as a result of which the regions of (Asir, Jizan, Al-Baha and Makkah) will be affected by moderate to heavy rains and brisk winds, and parts of them are likely to be exposed to severe rain that may lead to the flow of torrents, while the regions of (Medina) will be affected. And the eastern region) with light to moderate rain and brisk winds.

Watch also: New influx of tropical humidity and rain are expected in these areas on Wednesday and Thursday

The General Directorate of Civil Defense called on everyone to be wary of the potential dangers in such an atmosphere, to stay away from places where torrents gather, and to abide by the civil defense instructions announced through various media and social media, in order to preserve their safety.