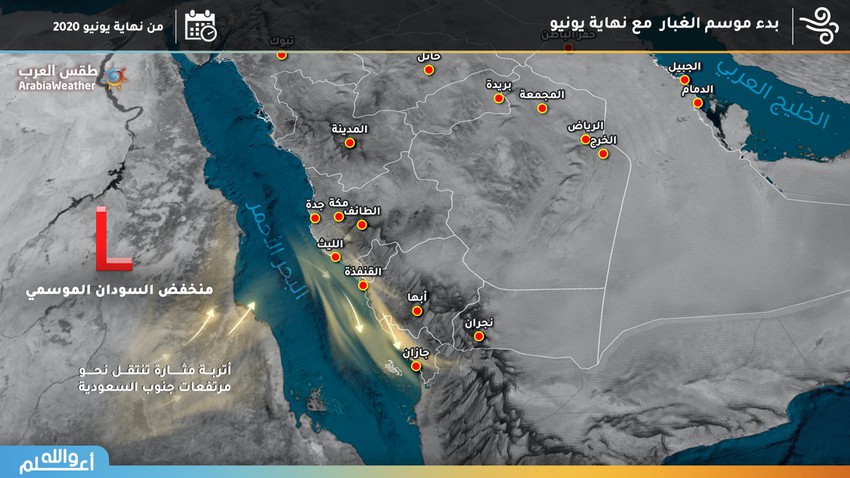 Projections indicate that these winds will renew their activities on a daily basis in the coming days, which is a seasonal wind known locally as the " dust season ".

What is the season of dust?

Follow the dust movement via satellite by clicking here

The season of dust is due to the deepening of the low Sudan, where it pushes moderate southwest winds to active speed, raises dust in Sudan, and part of it drives especially for the Jizan and Asir heights and sometimes the Baha and Taif, coinciding with the activity of wind movement on the Red Sea coasts, which raises dust locally on coastal roads .

Climatically, the dust season usually begins in late June and lasts until mid-August, and waves on dust reduce the range of horizontal visibility, which negatively affects respiratory patients.