Saudi Arabia | The hashtag suspending the study tops the trend, and the wave of dust confuses parents.. Details 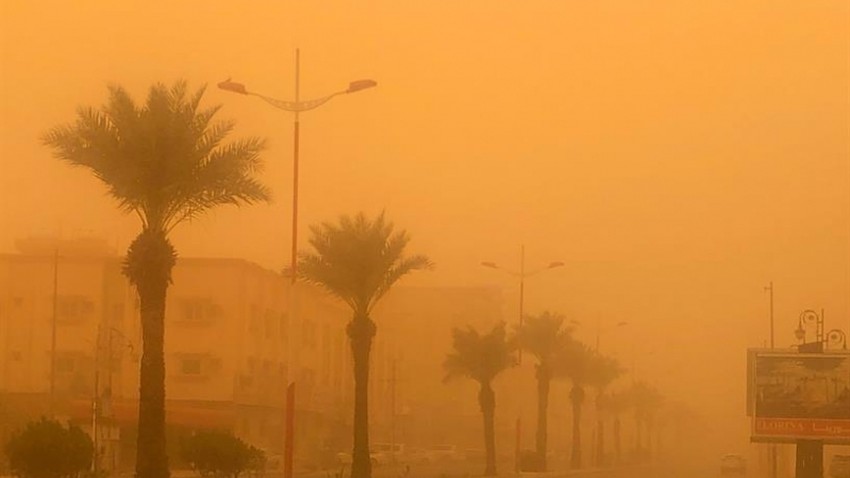 Weather of Arabia - Hashaq issued - suspension of study - the social networking site Twitter this morning, Tuesday, in conjunction with the impact of many regions of the Kingdom by a wave of heavy dust, which included major cities such as Dammam and Riyadh.

The wave of dense dust caused a state of confusion for parents and families, as some of them were forced to decide to suspend studies for their children, especially those who suffer from respiratory and other health problems without an official decision to do so.

The Ministry of Education had decided, earlier, to withdraw the authority to suspend studies from university directors and education departments in all regions of the Kingdom, and assign it to a central committee in the ministry that was created under the chairmanship of the Deputy Minister, with the membership of the two deputies of education for boys and girls, the Undersecretary for School Affairs, and the Director General of Security and Safety. And the Director of Education in the region where alerts are made to changing climatic conditions, while the circular assigns responsibility for suspending studies in universities to the university director, after coordination with the Central Committee in the Ministry of Education.

The committee has the power to suspend as a result of the climatic conditions in several schools without others and in a particular educational area without the need to comment in all schools in the region, and it is also entitled to suspend studies for male and female students only, without teachers and members of the administrative body who are required to be present in schools to prepare, prepare and prepare for the other days.

According to "previously", the directive stipulated the responsibility of parents to take the appropriate decision towards their children who suffer from health conditions that prevent them from attending school as a result of climatic fluctuations in the event that the study is not suspended.

On the other hand, the Ministry of Health warned asthma patients, children, the elderly, and heart patients, of the current dust wave in several regions, noting the need to follow preventive methods to avoid respiratory crises.

Meteorology confirmed that the active dust wave is still continuing in a number of regions, cities and governorates