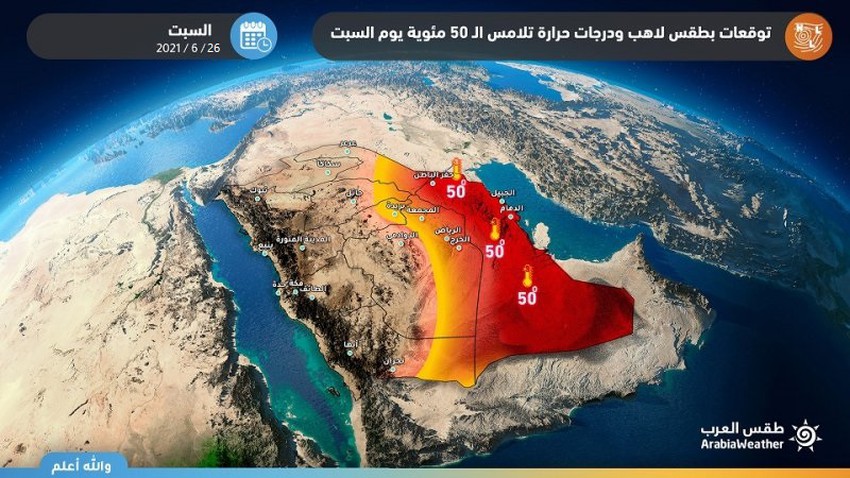 Arab Weather - Sinan Khalaf - The weather forecast cadre in Arab weather warned of additional temperature rises, whose impact is focused on the eastern region and Hafr Al-Batin, starting from the beginning of next week, so that a very hot and exhausting atmosphere will prevail.

Hot and exhausting weather in Hafr Al-Batin and Al-Ahsa, and the temperature is close to 50 degrees Celsius

In the details, it is expected that hot dry westerly winds will blow over the Hafr Al-Batin region, coming from desert areas, raising the temperatures to levels touching the 50 degrees Celsius barrier, and thus a hot and exhausting atmosphere prevails.

While Al-Ahsa is affected by north to northeasterly winds, with high temperatures expected to approach 50 degrees Celsius on Saturday and Sunday, as well as in the general interior parts of the eastern region, as shown on the attached map. 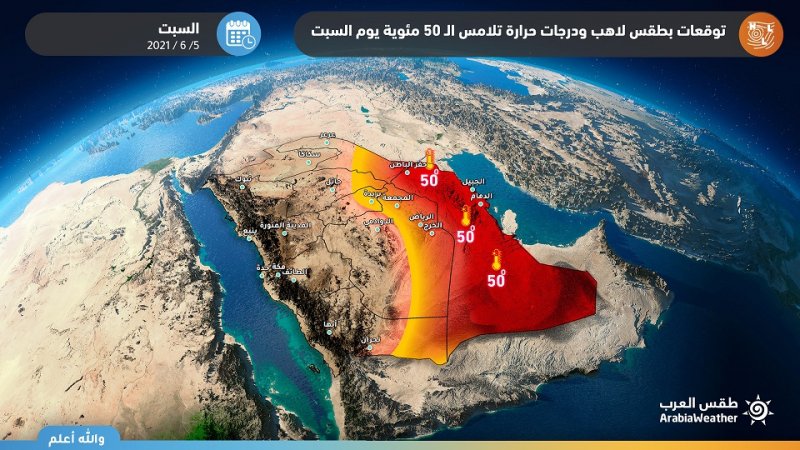 WhatsApp introduces a new feature to display photos and videos