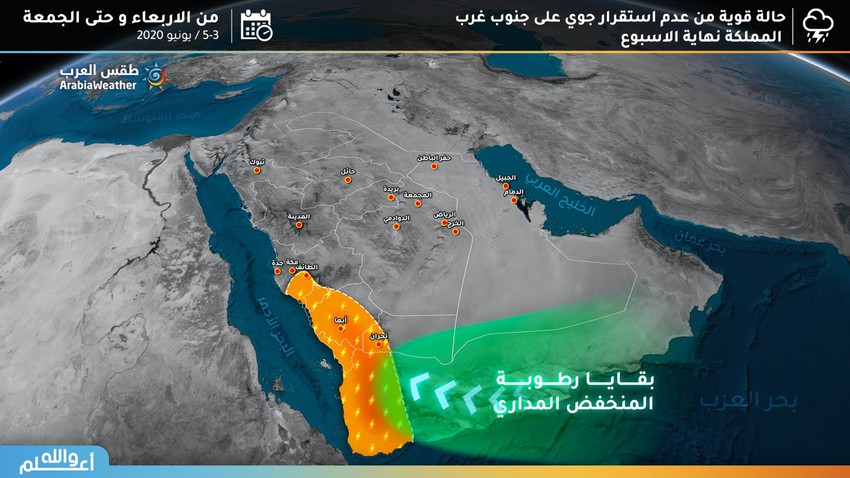 Weather of Arabia - The latest weather updates indicate the movement of the tropical situation that currently affects the Sultanate of Oman and Yemen in the west during the next two days with the decline of its power over the Yemeni lands where it is loaded with large quantities of tropical humidity originating from the Arabian Sea in various layers of the atmosphere.

With the disappearance of the tropical depression, large quantities of moisture accompanying it are driven west towards the Yemeni highlands and the southwestern highlands of Saudi Arabia at the end of the week, specifically from Thursday, where a strong case of air instability arises and thunderstorm showers are abundant over the Jazan heights. Asir in addition to the highlands of Yemen.

Stable weather prevails in the rest of the Kingdom during the current week, with activity in the northwestern wind speeds on the coast of the Red Sea working to disturb the sea.