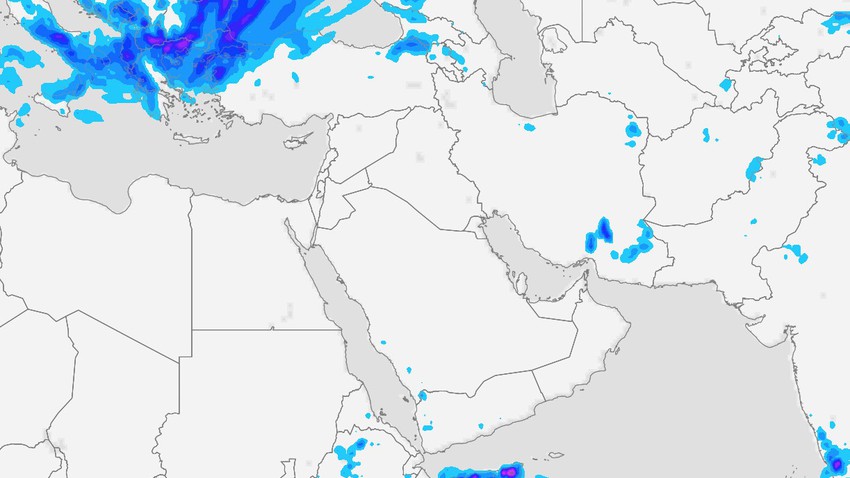 Weather of Arabia - The severity of atmospheric instability and its spheres of influence on the Kingdom will decline on Monday, but the opportunity remains ripe for showers of rain over the southwestern highlands at noon and afternoon hours.

An aerial highland that extends over the Arabian Peninsula

The reason for the decline in the state of air instability in most regions is due to the return of the air height to the expansion throughout the Arabian Peninsula, and thus there will be a generally stable atmosphere on Monday, but hot to very hot in some areas.

Also, the northwest winds are active in the eastern region and Hafar Al-Batin with the afternoon hours, working to raise dust and dust to a limited extent.