Saudi Arabia | The `polar origin` mass is deepening and the cold will become more intense in the coming nights.. the temperature is around zero 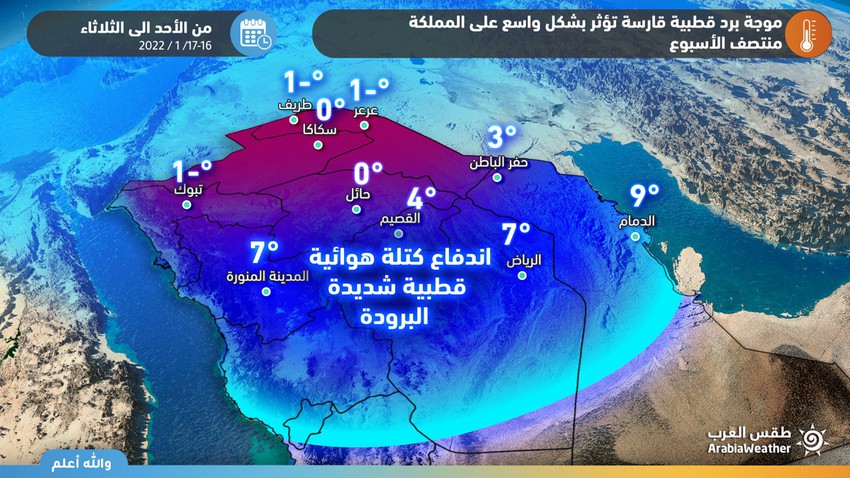 Arab Weather - Sinan Khalaf - The weather forecast cadre at the "Arab Regional Weather Center" issued a report that includes the latest forecasts for the severe cold wave that began to affect the Kingdom of Saudi Arabia yesterday, Sunday, warning that this cold mass will deepen further during the next 48 hours. Here are the details:

It's getting cold and the temperature is around zero

Despite the severe cold and snowfall that affected the northern sector of the Kingdom last night and today, Monday, the cold air mass, which is classified as “polar origin” will deepen further in the Kingdom’s atmosphere, which means a further decrease in temperatures to be around zero degrees Celsius in wide areas. 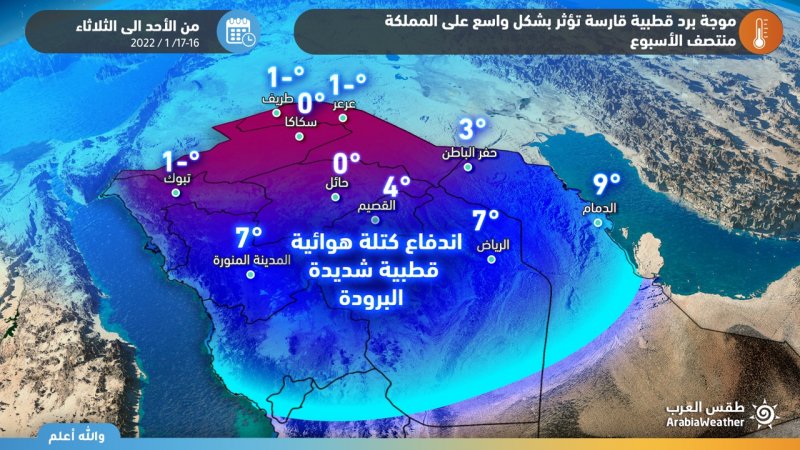 It is expected that Tabuk, Al-Jawf and the Northern Borders will record temperatures between zero degrees Celsius to only one degree below zero, while 0-2 degrees in Hail, 4 degrees in Qassim, 7 degrees in the north of the Riyadh region, and 11 in the city of Riyadh

Arabia Weather alerts you to: