Saudi Arabia | The rainy situation is moving strongly to the west, and the airport will include these areas in the coming days 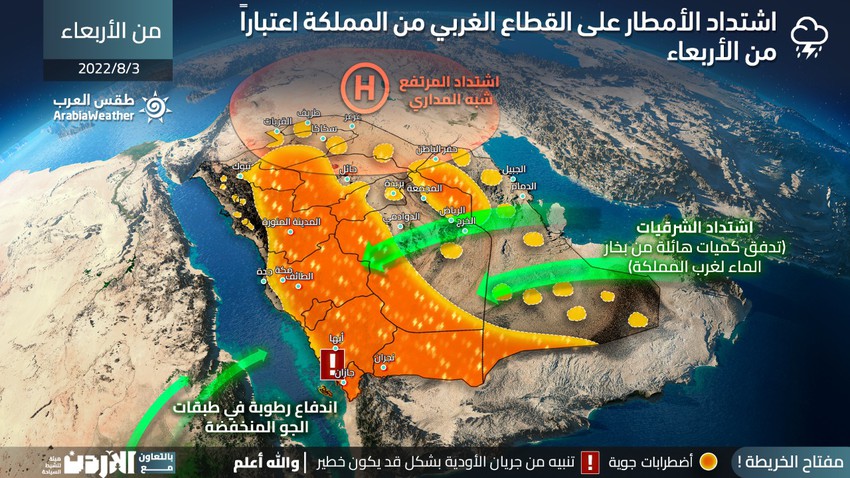 Arab Weather - Sinan Khalaf - The weather forecast staff at the Arab Regional Weather Center expected a rush of large amounts of moisture and water vapor from the Arabian Sea and East Africa towards the western sector of the Kingdom, which will serve as the main fuel and support for the formation of strong cumulus thunder clouds in large areas of western Kingdom in the coming days.

A total transmission of the rainy condition to the highlands of the west of the Kingdom, starting from Friday

In the details, it is expected that most of the rainy condition will move to the western sector of the Kingdom as of Friday, so that the strip of the western highlands of the Kingdom, the eastern slopes of it, will be affected by unstable and severe weather conditions, and strong thunderstorms are expected to multiply on the heights of Jazan, Asir and Al Baha. , Taif, Makkah Al Mukarramah, Madinah Al Munawwar, and Tabuk, and it is expected that these areas will be affected by distinct rainfall on several days during the next week. 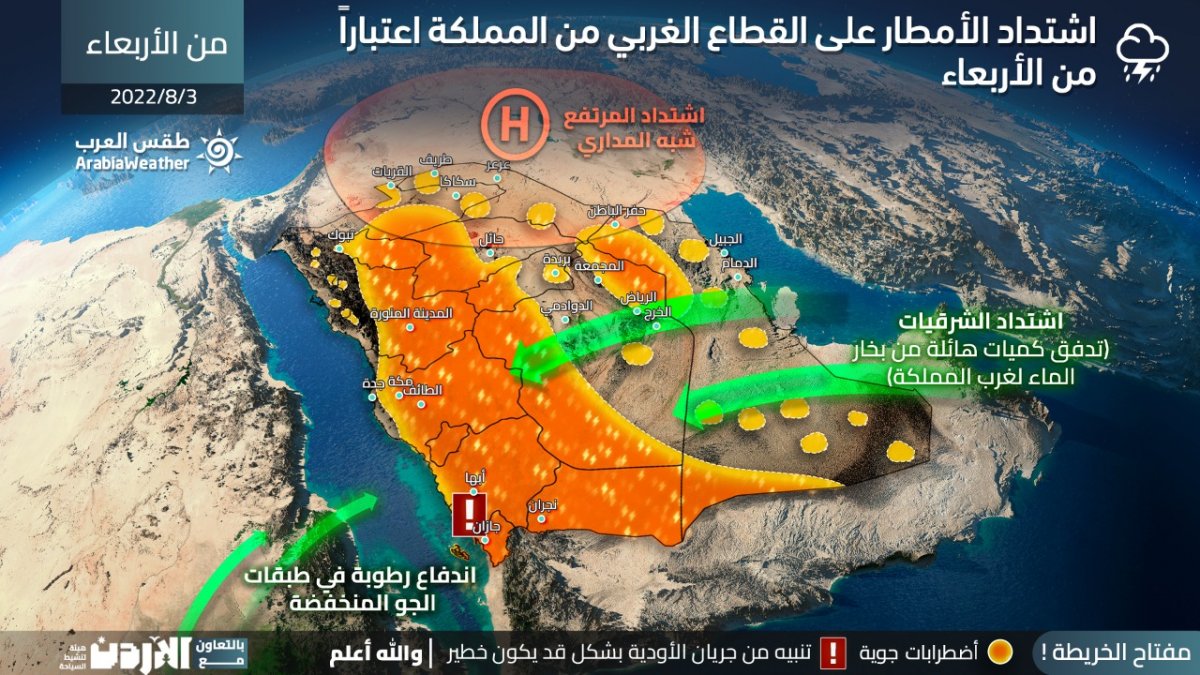 The forecast staff expected that thunderstorms will be heavy at times and accompanied by showers of hail, which are not excluded that they will be sometimes dense and accumulated, and may actively precede the downward winds that raise dust and dust in parts of Tabuk and Medina.