Saudi Arabia | The Saba winds are very active and affect dust in many areas, starting from Friday 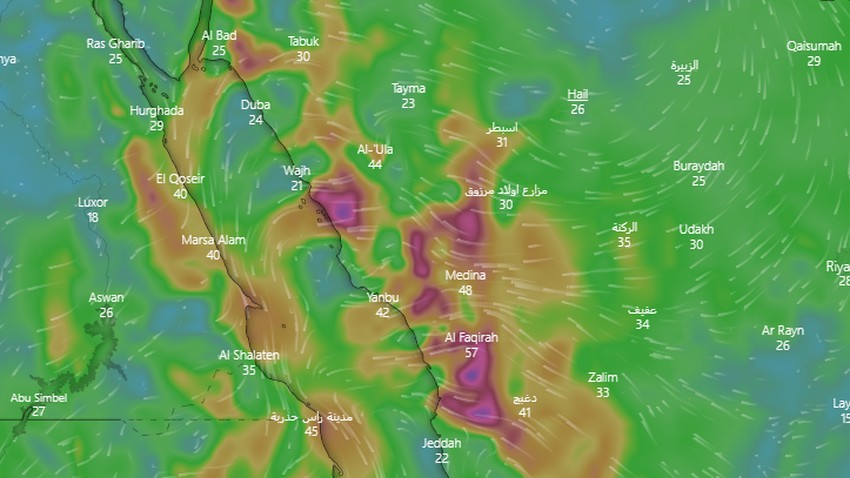 Weather of Arabia - Sinan Khalaf - It is expected, God willing, that the winds of youth will activate to return to the forefront of weather events in the Kingdom of Saudi Arabia, and as usual, it will affect separate parts of the eastern parts of the Makkah region and parts of the regions of Tabuk and Medina, in addition to the coastal parts of it.

The activity of this wind will raise dust and dust with varying intensity in some areas, which will significantly reduce the horizontal visibility , especially on external roads in the mentioned areas. 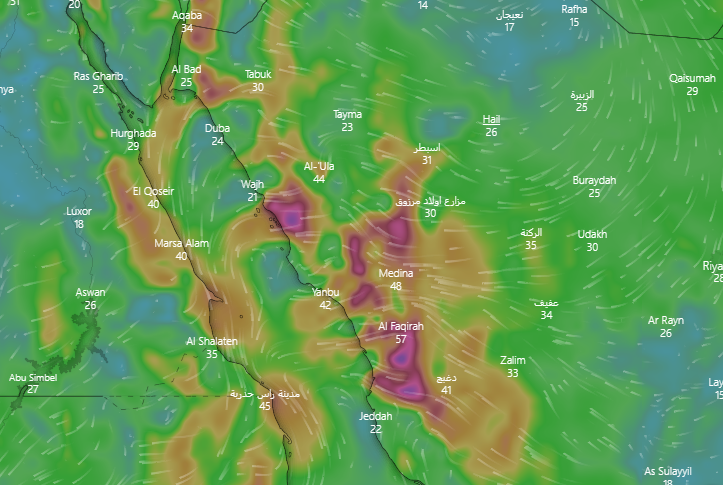 Update at 10:10 am | Dusty weather now in Jeddah, and these expectations are in the coming hours