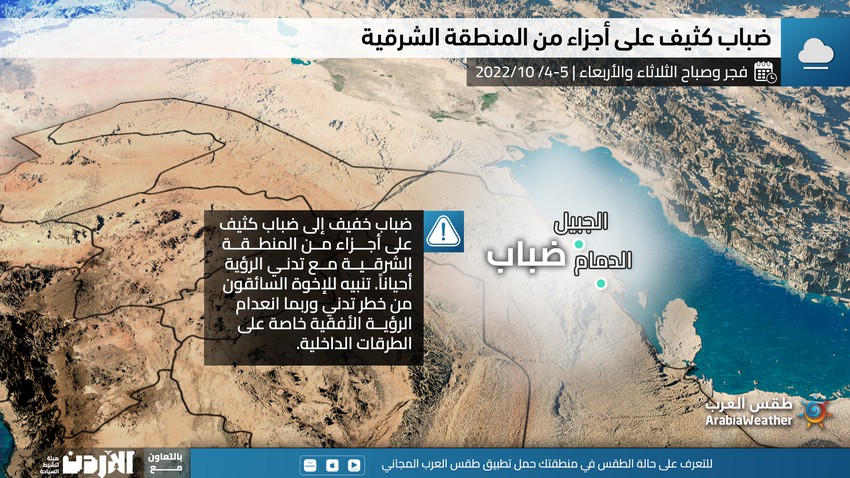 Weather of Arabia - forecasts indicate that parts of the highlands and Tihama of Jazan and Asir will continue to be affected by cumulus formations on Monday afternoon, accompanied by thunderstorms of rain that are mostly scattered, and this does not prevent them from being heavy in some neighborhoods and geographical areas and associated with hail , In addition to the occurrence of lightning and lightning.

It is expected that the weather will be hot during the day in most regions of the Kingdom, with the exception of the southwestern highlands. Active south winds sometimes blow over parts of the western administrative region of Riyadh, Qassim and Hail, and cause an increase in temperatures and possibly high levels of dust in the atmosphere in parts of those areas. 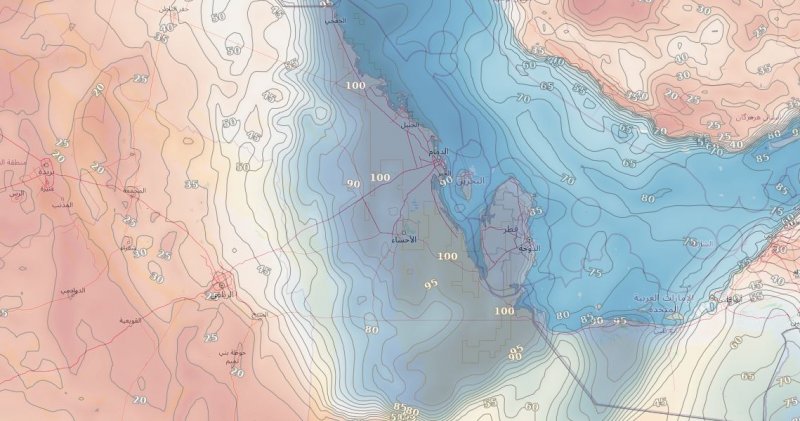 As for at night, the atmosphere is relatively warm to warm in all regions, while it tends to be cold over the heights of the southwest of the Kingdom, and surface humidity levels rise on the coastal areas and light fog forms on Tuesday morning and morning hours on parts of the coasts of Makkah, while humidity levels reach 100%. In the interior and some coastal areas of the Sharqia, conditions are ripe for the formation of fog to thick fog on several parts of the Sharqiya, which may include Dammam and Jubail as well, and it is expected that the chances of fog formation will be renewed at dawn and Wednesday morning, God willing.

Arab Weather warns drivers of the danger of low horizontal visibility and possibly a lack of it during the late night, dawn and early morning hours, especially on internal roads. It also warns of the danger of fog negatively affecting air traffic.